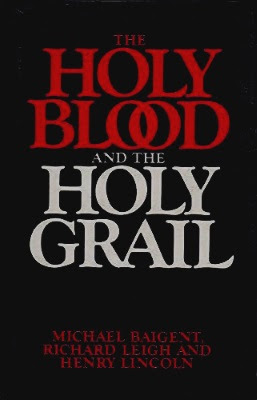 Every RAW fan should read Jesse's article. There's a section which references Wilson by name and discusses reactions to Illuminatus!

But in a sense, much of the article is about Wilson. There's a discussion of the Priory of Sion (explicitly created as a hoax, Walker says) and how is spawned two prominent works of bestselling fiction, Holy Blood, Holy Grail and The Da Vinci Code. Jesse does not mention the book, but of course the Priory of Sion also helped spawn Wilson's The Widow's Son.

Many other themes and incidents in Wilson's work also are covered, including the guy who got pancakes from a UFO (mentioned in Cosmic Trigger) and a theory that the Rosicrucian manifestos began as a prank, written by authors who "lost control of the narrative."

Then there's this sentence: "To read a certain sort of Fortean writer is to be constantly unsure about when he's being serious, when he's pulling your leg, and when someone is pulling his leg."

That sounds to me like a description of Wilson, although Walker says, "For the record, the particular Fortean writer I had in mind when I wrote that line was John Keel...but it works for others."

Yes, it was published as a work of nonfiction. Calling it a fine work of fiction (it's a great read) is my interpretation. Of course, there are genuine historical elements to the book.

One of the authors of HB, HG (I do not remember which) admitted later that they made most of it up. It's not a prank as much as a hoax.