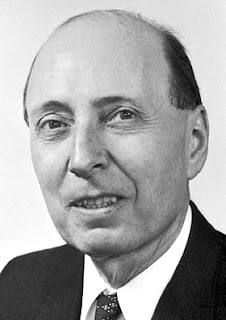 Headline on an article from the MIT Technology Review: "A quantum experiment suggests there’s no such thing as objective reality."

It could also have said the experiment suggested that observation can create a reality.

"Back in 1961, the Nobel Prize–winning physicist Eugene Wigner outlined a thought experiment that demonstrated one of the lesser-known paradoxes of quantum mechanics. The experiment shows how the strange nature of the universe allows two observers—say, Wigner and Wigner’s friend—to experience different realities."

The article goes on to explain how recent advances in quantum technology have allowed experiments to test Wigner's thought experiment, and that Massimiliano Proietti at Heriot-Watt University in Edinburgh and some colleagues recently carried out an experiment in observing the polarization of a proton.

"The experiment produces an unambiguous result. It turns out that both realities can coexist even though they produce irreconcilable outcomes, just as Wigner predicted."

Thank you to Roman Tsivkin for spotting this and posting on Twitter.