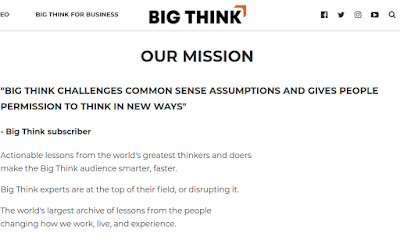 Big Think, an online publication that purports to offer "Actionable lessons from the world's greatest thinkers and doers" which "make the Big Think audience smarter, faster," runs an article on the Illuminati and the Illuminatus! trilogy by Mike Colagrossi, "Behold, the '70s sci-fi book series that popularized the Illuminati conspiracy."

It's not a great article. When I read sentences such as "It wasn't until some two hundred years later that Robert Anton WIlson would resurrect this run-of-the-mill society and turn it into the conspiracy we know today," I wondered if Mr. Colagrossi actually had read the trilogy, or even the first few dozen pages of the first book, which cites many other writings about the Illuminati.

On Facebook, Richard Rasa wrote, "Well, I love to see any press about RAW. This is a little thin, but good for an audience that never heard of RAW. This line, 'Authors Robert Shea and Robert Anton Wilson's intent was to sow chaotic disinformation just for the satire.' is simply wrong. Illuminatus! is a lot of things, but one thing it is not is 'just' for the satire."

Thanks to Jesse Walker and Nick Helweg-Larsen for making sure I didn't miss the piece.
on March 29, 2019

It also seems to not mention Greg Hill and Kerry Thornley as the authors of Principia Discordia.