About those Illuminatus! memos .... 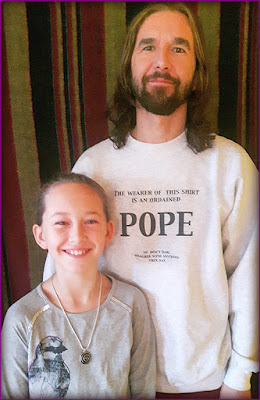 You should read all of it, but my favorite bit is where Robert Anton Wilson, responding to a positive review of the Illuminatus! trilogy by one Xavier Hammerberg, discusses the quotations in the memorandums on the first volume of Illuminatus!

However, I must take exception to the paragraph in which Hammerberg says “The authors Akron Daraul and Nesta Webster also existed and did write about secret societies. I have read them both and the quotes are perfectly authentic; but some of the other quotes mentioned are not.”

Unless Hammerberg has spotted some typographical error that somehow got past both authors and the proof-readers at Dell, he is simply suffering from an inaccurate memory. All the quotes in Illuminatus! are accurate and painstakingly fair; nothing has been taken out of context or otherwise twisted. The books and periodicals referenced actually exist and say what we quote them as saying.

Of course, this only refers to the quotes found in memorandums and set off by indented type. In the experiences (or hallucinations) of the characters of our novel, we have bamboozled, confused, misdirected and deceived the reader in every way possible — in the manner of the classic “puzzle”-style detective story. But we have played fair, with the reader, within detective story standards.

In reply, Xavier Hammerberg says he may have been guilty of imprecision but was attempting to make a point about Wilson and Shea's techniques:

"The intended point was to bring out your use of the Lovecraftian device of combining authentic (though obscure) references with products of the imagination, a technique that I admire, but apparently I did  not make that clear. For instance, the Necronomicon citations are perfectly authentic Lovecraft. But unless you and Mr. Shea have made the literary discovery of the century, and are keeping it to yourselves, the Necronomicon would seem to remain unauthenticated."