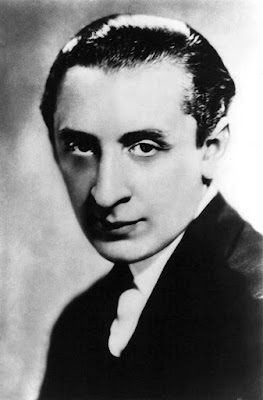 Eric Wagner mentioned in the comments that he's been listening to a lot of Vivaldi, Telemann and Scarlatti as we read The Earth Will Shake.

I've been listening especially to Scarlatti. I've always enjoyed him when I ran across his music, but this seems like a good time to concentrate on him for a few days.

When I looked up the Wikipedia entry, I discovered that Scarlatti actually was from Naples.

Robert Anton Wilson wrote about his love of Scarlatti in Cosmic Trigger 2: (in the "The Call of the Wild" chapter):

There are many recordings of Scarlatti's sonatas, both "old school" with harpsichord and also with piano, including plenty of recordings available instantly through the public library digital music services. Freegal, one of those services, has Vladimir Horowitz' excellent recordings. Hoopla, the other one, has a nice recording from András Schiff.

I love how Bob writes about Scarlatti in "The Earth Will Shake". In the late 1980's or early 1990's I bought a three CD set of Scott Ross playing Scarlatti on harpsichord. That really introduced me to Scarlatti's music.

In 1997 I visited a bookstore in Tucson called the Bookmark where I found a collection of essays on Horowitz. It included a short piece by Charles Rosen. Rosen asserted that Horowitz basically had two ways of playing, one for Scarlatti and one for Scriabin. Now, I had heard Horowitz play Scriabin, but I hadn't heard his Scarlatti. A few years later I got a CD of Horowitz playing Scarlatti (on piano), and that has become my favorite Scarlatti disc. I also have a disc called "The Siena Pianoforte" which includes Charles Rosen playing Scarlatti and Mozart on a famous eighteenth century instrument. Much as I love Rosen's playing, I have never warmed to that disc. I do plan to listen to it when we reach the Mozart section of "The Earth Will Shake".

The last time I saw Bob, we talked about Scarlatti and his appearance in The Earth Will Shake. I had read that one of Scarlatti's defining characteristics in his composition was writing keyboard pieces where the hands had to cross over. Ironically, Scarlatti put on so much weight toward the end of his life, he could no longer play his own music.

I fell in love with Domenico Scarlatti in my early twenties. I found his music somehow coquettish, along with Luigi Boccherini, Mozart and Vivaldi.  The sound of harpsichord still fascinates me. I always liked rococo style.

As you mention Tom, Scarlatti was born in Naples. And he died in Madrid on 23 July 1757.