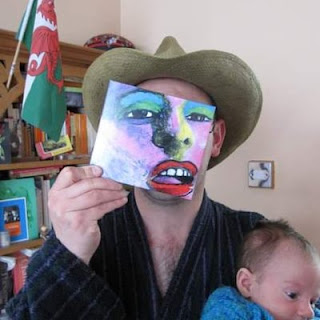 Didn't get a chance to see Daisy Campbell's production of Pigspurt's Daughter because, for example, you couldn't afford to travel from the U.S. to Great Britain?

You can at least read an award-winning review of our Daisy's one-woman show. Jason Watkins, "a special needs teacher and tutor for pupils out of education based in Otley, West Yorkshire," has just won this year's Observer/Anthony Burgess prize for arts journalism. Read his article, published in the Guardian.

In naming his daughter after the Greek goddess of discord and misrule, maverick director/actor/playwright Ken Campbell gave her a lot to live up to. Pigspurt’s Daughter, a solo show by Daisy Eris Campbell to mark the 10th anniversary of her father’s death, is a window on a remarkable parent-child relationship bound by a love of logic-defying overstimulation and an aversion to anything routine or everyday.