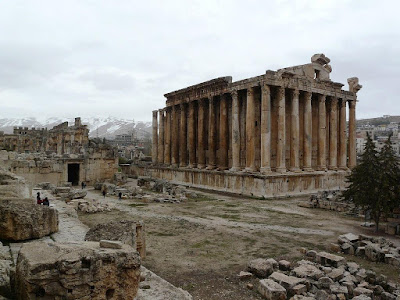 "The Temple of Bacchus at Baalbek, Lebanon, ca. 150 AD. This stunning Roman temple, still very well preserved, is actually larger than the Parthenon of Athens." Source.

""We had recently become aware that Robert Anton Wilson was available to  speak. He was touring around, setting up speaking engagements in a  really cheap DIY operation — it wasn’t through an agency or anything like that. He was available to speak for $500" Source from Mondo 2000

More JFK files are supposed to be released soon. Jesse Walker article from October, but the deadline is April 26. Of course, the federal government always honors its own rules.

Why not use this approach to war?