Many JFK files will stay secret for years 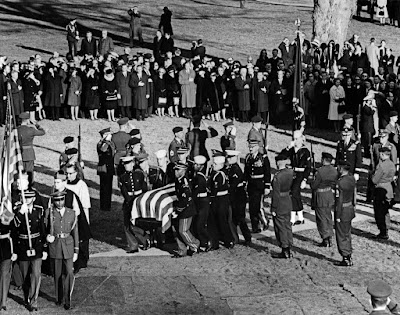 The JFK assassination is a major theme of Illuminatus!, but in "real life," the murder also a prominent feature of government weirdness. It's been more than 50 years since the assassination, but some of the files are still years away from being released (because of "national security") if they are ever released at all. Don't you feel more secure, knowing that the U.S. government hides information from you for decades?

Jesse Walker has an article about all this in Reason magazine. Many additional files were released Thursday, but many remain secret, Walker explains.

Jesse writes, "This isn't just of interest to conspiracy theorists and conspiracy debunkers. The assassination was central to the history of the American '60s, and there are plenty of details around it that haven't been filled in. And even if you don't care much about the assassination, you should want the government to have at least enough respect for transparency to stop hoarding information about an event that happened nearly 55 years ago."

In a synchronicity, I spent Thursday covering a Bobby Kennedy Jr. visit to my newspaper in Sandusky, Ohio (he was helping Dennis Kucinich's campaign for governor). The JFK files didn't come up.
on April 27, 2018