Chaos in Britain, and a new book 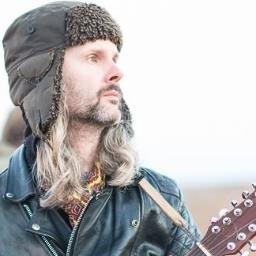 Historia Discordia has a guest post by Brenton Clutterbuck, "Chaos in the UK: From the KLF to Reclaim the Streets." It's a history of chaos and Discordianism in Great Britain, told in the form of an interview with Ben Graham, author of A Gathering of Promises: The Battle for Texas’s Psychedelic Music, from the 13th Floor Elevators to the Black Angels and Beyond (Zero Books, 2015).

Much of Ben Graham's work looks like something that would interest sombunall of you, so go here for his website, which includes poetry and journalism, including an interview with Bill Drummond.

Mr. Clutterbuck in a sense buries the lede in his piece -- at the very end, he reveals that his book, Chasing Eris, documenting his worldwide trip to learn more about Discordianism, will be released in May (or thereabouts). (Mr. Clutterbuck went from Australia to much of the U.S. and then on to Britain, although he rightly decided I was too boring to visit, so I've never met him.) I'll have more news on the book as it becomes available.