Robert Anton Wilson on 'The Prisoner' 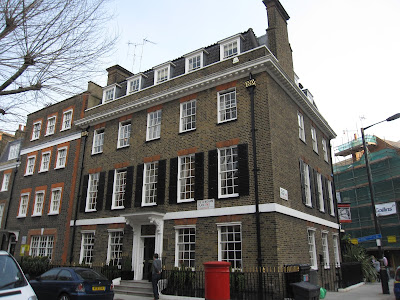 The building at 1 Buckingham Place in London used as Number Six's home in 'The Prisoner.'

Martin Wagner, busy as ever, has uncovered another interesting "lost" RAW article: "The Prisoner’s Dilemma," about the Prisoner TV show.

RAW praises the libertarianism he finds in the show and says it depicts modern brainwashing techniques. His insistence that the TV audience is ready for challenging programming seems prescient:

It was originally shown in this country in 1968, repeated in 1969, and is now back again (on public TV this time). In the San Francisco Bay Area, the revival has been so popular that The Prisoner is already scheduled for a fourth showing, this summer.

This is a rather remarkable success story, since virtually all the TV critics reacted to The Prisoner, in 1968, by praising it with faint damns and predicting that it would be a commercial failure because it was “over the heads” of the alleged morons who are supposed to be the only ones who ever look at The Tube.