Maybe April 23 is a good day to immanentize the eschaton? 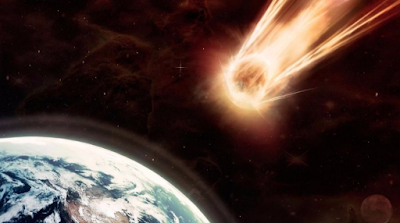 Fox News illustration for the end of the world.

In an amusing echo of the April 23 references in Illuminatus! comes this Fox News story: "Biblical prophecy claims the Rapture is coming April 23, numerologist says."

"Is the Rapture finally here? One Christian numerologist says a biblical sign strongly suggests it.

"David Meade tells the U.K.'s Daily Express newspaper that on April 23, the sun and moon will be in Virgo, as will Jupiter, which represents the Messiah."

The first paragraph of Illuminatus! places April 1 as the date when the nuclear powers come close to war, and says that the paragraph was written on April 23.

On second thought, with the new Syrian crisis, and the threat of U.S.-Russia confrontation in Syria, maybe this stuff isn't so funny, after all.

Shakespeare and Cervantes both died on April 23, 1616. Many people celebrate April 23 as Shakespeare’s birthday. We don’t know the date for certain. April 23, 1564, marks his baptism.