Robert Anton Wilson lived much of his life in various places in California. There must be something about the state; many of the comments posted on this blog come from California residents.

My wife and I just finished our annual vacation. Originally, we had planned to come to California in June, so that I could see the Santa Cruz production of the Cosmic Trigger play. When that was canceled, we moved our vacation to September, which is when we usually take it. 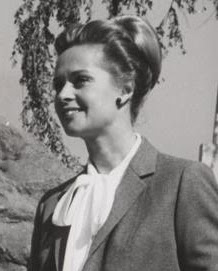 My wife is a fan of Shambala, the big cat sanctuary run by Hollywood actress Tippi Hedren, best known for starring in Alfred Hitchcock's "The Birds." The sanctuary has various fund-raising events, including "Shambala at Sunset" events several times during the summer. We attended one of the sunset events on Saturday.

Tour guides led us through to inspect the animals. I took a bunch of photos of the tigers, the lions, etc. 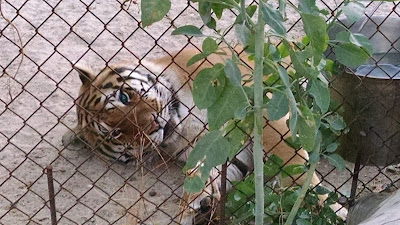 After the tour, supper is served. Tippi (who lives on the site of the sanctuary, near Palmdale) came out to talk to the guests. 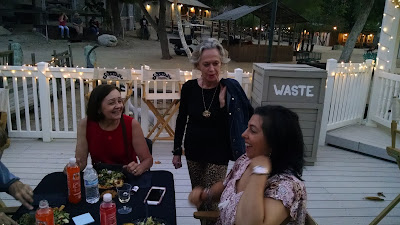 Tippi Hedren chats with guests at our table.

Celebrity guests are part of the draw for these events, and on Saturday, Ms. Hedren was supplemented by Peter Marshall, a singer, actor and game show host. Readers of this blog who are not extremely young will remember Marshall's long run hosting the "Hollywood Squares" game show on TV. After supper, Hedren and Marshall came onstage and answered questions from the audience. Marshall told stories about Paul Lynde, what a pain the neck Lucille Ball was to work with, and so on. Hedren was mostly asked about her animals. 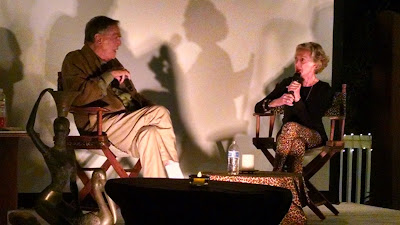 My wife is very interested in cats; we also visited Cat Therapy, a "cat cafe" in Santa Barbara. 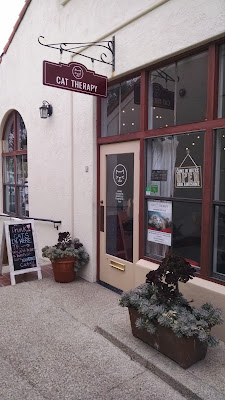 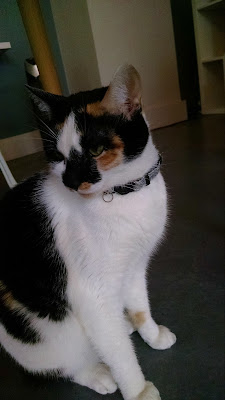 Email ThisBlogThis!Share to TwitterShare to FacebookShare to Pinterest
Labels: California

Hedren is a pretty neat human being. Here's a story from a couple years ago about how she kick started the Vietnamese American nail salon by helping refugees from the war: http://www.bbc.com/news/magazine-32544343

I noticed the subliminal message "WASTE" or W.e A.wait S.ilent T.ristero's E.mpire in the third photo, a la Thomas Pynchon's The Crying of Lot 49...a competitor to the alternative currency of government issued stamps.

The tiger looks loved and happy despite being behind a fence.

I notice a lot of people seem to be cats vs. dogs or Beatles vs. Elvis or something vs s.t. but maybe I'm just too Aristotelian at the moment.