Computers and pop culture -- was RAW there first? 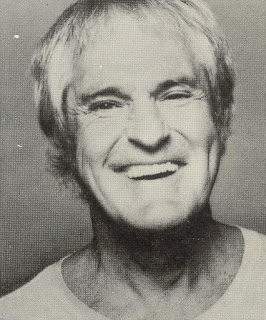 
A comment on yesterday's computer chat post: The observation that computers are to modern popular culture what drugs were to the 1960s has, I thought, long been attributed to Timothy Leary. The quote that I've usually seen is "PC is the LSD of the 1990s," which in this Wikipedia article is attributed to a 1994 book, Chaos and Cyber Culture.

So I was interested when I noticed that in the 1986 chat reprinted Monday, Robert Anton Wilson said that "electrons are the psychedelics of the 80s."

So was the observation from RAW first, and did Leary get it from him?

I heard Leary talk in 1982, and he seemed very excited about computers transforming consciousness.

It sounds as if both of them were quick to see the implications of the personal computer revolution.

Between the two, I first heard Leary talk about the importance of computers as it relates to consciousness. Computers as a metaphor for consciousness evolution first crossed my radar with John Lilly's book, "Programming and Metaprogramming in the Human Biocomputer," which I heard about in "Cosmic Trigger."

In 1990, after one of his talks, I asked Leary how I could get a job doing what he does, i.e. as a cheerleader for change. He answered by asking me if I had a computer.