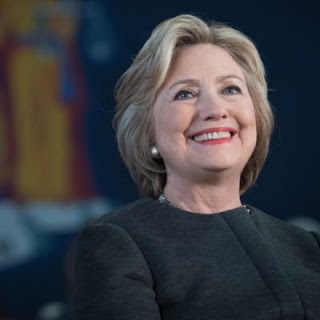 Jesse Walker has an interesting post up at Reason: Hillary Clinton considered making basic income one of her campaign proposals.  (This was an idea Robert Anton Wilson was interested in, hence the attention I pay to it here and in other posts.)

Clinton talks about it in her new memoir:

Before I ran for President, I read a book called With Liberty and Dividends for All: How to Save Our Middle Class When Jobs Don't Pay Enough, by Peter Barnes, which explored the idea of creating a new fund that would use revenue from shared national resources to pay a dividend to every citizen, much like how the Alaska Permanent Fund distributes the state's oil royalties every year. Shared national resources include oil and gas extracted from public lands and the public airwaves used by broadcasters and mobile phone companies, but that gets you only so far. If you view the nation's financial system as a shared resource, then you can start raising real money from things like a financial transactions tax. Same with the air we breathe and carbon pricing.

Once you capitalize the fund, you can provide every American with a modest basic income every year. Besides cash in people's pockets, it would also be a way of making every American feel more connected to our country and to one another—part of something bigger than ourselves. I was fascinated by this idea, as was my husband, and we spent weeks working with our policy team to see if it could be viable enough to include in my campaign. We would call it "Alaska for America." Unfortunately, we couldn't make the numbers work. To provide a meaningful dividend each year to every citizen, you'd have to raise enormous sums of money, and that would either mean a lot of new taxes or cannibalizing other important programs. We decided it was exciting but not realistic, and left it on the shelf. That was the responsible decision. I wonder now whether we should have thrown caution to the wind and embraced "Alaska for America" as a long-term goal and figured out the details later.

Walker comments: "The basic income has libertarian fans too, but in liberland "cannibalizing" other arms of the government is a feature, not a bug. You replace a bunch of separate bureaucracies with a single, simpler, less intrusive, and (if the numbers work out right) cheaper program. That's the big draw. I don't suppose it's news that Hillary Clinton isn't Milton Friedman, but it's telling that she saw this as a dealbreaker."
on September 24, 2017

I wish Hilary had at least introduced/ mentioned Basic Income concept during her campaign. Hopefully it would have prompted some people to Google it and learn more about it. I am under impression that most Americans have no idea what Basic Income means and how it works. I may have missed it, but I do not remember Bernie Sanders mentioning it at all.

I don't understand WHY is funding for social programs and taking care of your own such a problem in this country - US. I mean the USA spends more on war than all other countries of the world combined (including China and Russia)!

In my opinion the solution is simple: cut the military spending and apply it to: free education for all, free health care for all, basic income for all.

Of course "free" is not free. It comes from our tax money. We pay for it. But it comes back to us. It is spent on us. (I think Bernie tried to explain this to the American people during his campaign.)

We know there are better systems in various countries when it comes to social responsibility and social care. I lived in one: former Yugoslavia, where once you were born you were insured for the rest of your life 100%. Again, health care was not free. It was paid for from our taxes. And it was simple and elegant: you walk in to see your doctor and you walk out; you walk into hospital and you walk out. No money ever changes hands! And no one chases you with medical claims! It has already been paid for!

After that 'simple and elegant' health care system I consider this American system very PRIMITIVE!

The health "insurance" in the US is making me sick. It appears more like medical mafia than health care to me.

"Once you are born you are on your own."
- George Carlin