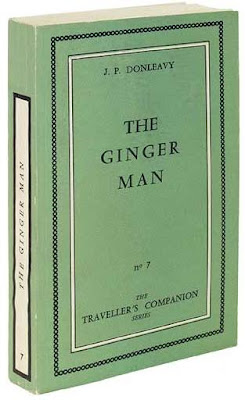 Anybody who reads a blog about a cult writer probably is a reader, so here goes. I've tried to include links to a variety of sites, so that there is something for everyone.

Lit.hub is a site that emphasizes serious fiction and which sends out an email newsletter which I subscribe to. It has a  leftist orientation and pays a lot of attention to black writers. I suspect anyone interested in literary fiction (even nonleftists) would find it interesting.

Tor.com stands out as a site for people who like to read science fiction, as opposed to the "media" folk who focus on movies, TV shows, etc. Tor is an outstanding SF publisher, but the site also covers writers published by others.

The site includes a series of "Five books" recommendations, such as "Five books for the Psychonaut," which discusses Illuminatus!

The Butterfly Language blog author, Val D'Orazio, has just put together a site linking to all of the comics she has written or edited.  Val also reviews a lot of books, and she's a huge RAW fan; many of the books she discusses would interest readers of this blog.

J.P. Donleavy, author of The Ginger Man, has died. It's an interesting story. See Supergee's post, and follow his link. This sounds like a book Robert Anton Wilson would have read.

The new blog for the Prometheus Award has material which (I hope, as I'm involved) would interest many science fiction readers.

My suggestion for people who like mysteries is to "friend" Annthelibrarian on Goodreads. Mysteries are mostly what she reads and her recommendations are reliable. (Disclosure: Guess who she's married to?)  She recommends the Detectives Without Borders blog. You can find me on Goodreads as "Tomj."
on September 16, 2017