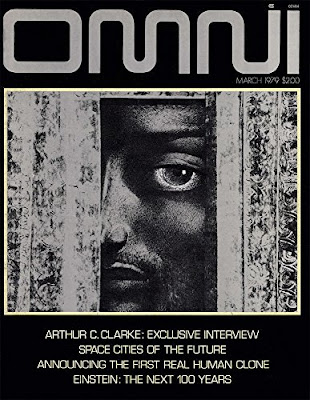 Herr Wagner wrote to tell me that Robert Anton Wilson wrote a series of articles for Omni, the slick science fiction magazine, back in the 1970s. They are mostly essays with book recommendations and reviews on that issue's main topic. There's also an essay called "UFO Update."

Here is Martin's list — with links to Amazon, where you can buy electronic replicas!

I bought the March 1979 issue (pictured); it has a RAW review of The Third Mind by William Burroughs and Brion Gysin.  You'll need to read these things on a tablet or smartphone with a Kindle app; they won't load on the Kindles used for reading books.
on June 09, 2017