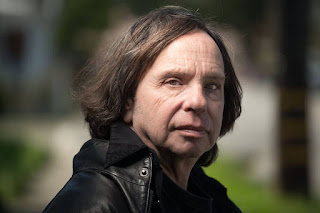 I would describe R.U. Sirius' book Timothy Leary's Trip Through Time as an account that is sympathetic but not gullible. The book, written by someone who obviously has read many of Leary's books and who knew Leary personally, does a good job of presenting many of Leary's most interesting ideas and also chronicles his life. Significant excerpts from his writings give a flavor both of his ideas and of Leary's writing style.

Although the book was published by the Leary estate, Sirius apparently retained editorial control. He is obviously an admirer of Leary's work, but when Leary was full of blarney or put in a bad performance, Sirius says so. When there is a controversy, he acknowledges both sides. Sometimes he declines to take a side.

Here is a bit from the book, which I think illustrates its strengths. The heading for the section is "Was Leary Authentic or All Hype?"

There is this question, in many quarters, about the authenticity of Timothy’s enthusiasms. Was he a snake oil salesman or just an excitable boy? I would have to say that both those aspects of his character were inseparable. You couldn’t very well go out on tour touting Virtual Reality as the next great thing in mind expansion and then tell your audience that it would probably take another 30 years. So there is that. But if you actually read the materials he wrote about cyberculture and cyberspace (many of them published in his collection Chaos and Cyberculture), it becomes clear that his excitement was real and his thinking on the topic was not frivolous.

A little personal story may be in order here. One time in the mid- 90s, I was hanging out with Timothy. We’d gone to a party. This young woman came over to him and asked him if he’d looked at a video she’d sent him of her performance work. He became wildly enthusiastic, telling her that she was doing the most wonderful important work — the most contemporary, the most relevant and on and on. Later on, I ribbed him, implying that he had been blowing smoke up her ass. (Of course, if it’s Timothy Leary, you want him to blow some of that smoke into any of your orifices.) He got really peeved and ranted at me for an hour about the girls’ video. It was clear that he had watched that video obsessively and had meant what he’d said.

That incident sort of defines for me how I experienced Leary. I was attracted to his ideas but, before I met him, I basically assumed that he was going to be a full-on trickster who would be pushing out the blarney 24/7. So rather, the thing that impressed me was how genuine — how earnest he usually was… and even a bit naïve. He had a peculiar mix of sophistication and naïveté that I think sometimes got misinterpreted. Of course, there was some blarney, too.

This is a slender book, but anyone interested in Robert Anton Wilson would want to read it. Wilson is mentioned in the text, and the book holds one's attention throughout. It's not easy to find a copy, but the estate gave me permission to post a PDF.

My previous post on the book is here. You can also read my interview with Sirius.

Perhaps the estate might consider making it easier for people to buy a copy, such as making it available on Amazon and other Internet sites.

Oz Fritz knows a great deal about Timothy Leary. Here is the review Oz wrote when the book came out.  See also Oz' discussion of Joanna Harcourt-Smith's memoir.
on May 28, 2016