A brief for jury nullification 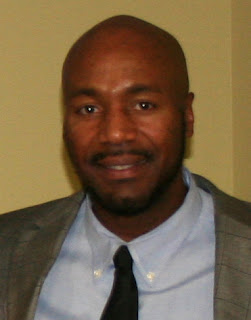 Robert Anton Wilson was an enthusiastic supporter of jury nullification as a way to push back against the War on Drugs (see, for example, his remarks in Chaos and Beyond.)

Vox.com has published a nice primer on jury nullification, in the form of an interview with Georgetown law professor Paul Butler, who wants the rights of jurors to be better publicized. The piece is by German Lopez. Excerpt:

GL: So why should jurors use nullification to combat racial bias?

The jury was perfectly happy to nullify the law in The People vs. O J Simpson. Is that kind of "justice" we want? RAW supported jury nullification because he might have become a defendant in a drug case. I doubt that he supported the acquittal of O J Simpson.

@fyreflye, I actually don't know what RAW's opinion was in the O.J. Simpson murder case. Maybe somebody else can fill that in. My own opinion, for what it is worth, was the Simpson was guilty and the jury made a bad call. Intelligent people defended the verdict; Alexander Cockburn wrote a piece defending the jury and the defense attorneys.

I linked to the interview because I thought the law professor made clear that he was calling for jury nullification in cases such as nonviolent drug cases. I don't read it at all as a call to nullify what should be guilty verdicts in murder cases or other cases of serious crimes. Nullification is sought in cases which shouldn't be crimes in the first place, or which shouldn't be treated as crimes meriting prison.

Incidentally, I'm pretty sure that defense attorneys routinely argue not (a) that the defendant is innocent or (b) that the killing was in self-defense but that (c) the victim, 'needed killing," i.e. members of the jury would have shot him, too. I knew about more than one such case back in Lawton, Oklahoma, in which such a defense was used successfully. (I'm not an expert in criminal law, but I assume that the defense is used elsewhere when no other defense is available.) In one of the cases I remember, a man relentlessly harassed and threatened his former partner, constantly followed her around, would not accept being told to leave her alone. This went on and on. The boyfriend finally pulled out a gun, shot the harasser dead, and called police to say what he'd done. He was acquitted.

Beyond a reasonable doubt basically means the defense put up no alternative explanation, poked no holes in the prosecution. You may think OJ's DNA & other witness evidence show guilt, but there were competing stories provided by defense. We ain't in Russia folks! (Not yet at least.)