Eric Wagner and RAW on Pound and Illuminatus! 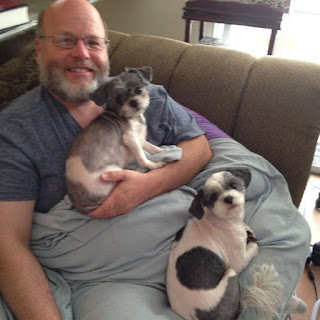 Eric Wagner, with some friends

[Eric Wagner, the author of An Insider's Guide to Robert Anton Wilson, recently forwarded me an email exchange between himself and Robert Anton Wilson, dated April 23, 2006. Thought I would share it with you. I haven't changed anybody's words, but I edited and formatted for clarity. Thanks, Eric! — The Management.]

Robert Anton Wilson: I suspect Ez decided to become a poet because
he had those visions from childhood on hence despite his rants against religion he
never denies "divinity."

Robert Anton Wilson: I would guess about 2/3 me [mostly humor & surrealism]
and 1/3 Shea [mostly adventure].

Thanks for sharing this exchange with Bob from ten years ago, as well as the picture of the Vinteuil Society. Great work as ever on your blog.