My interview with Richard Powers 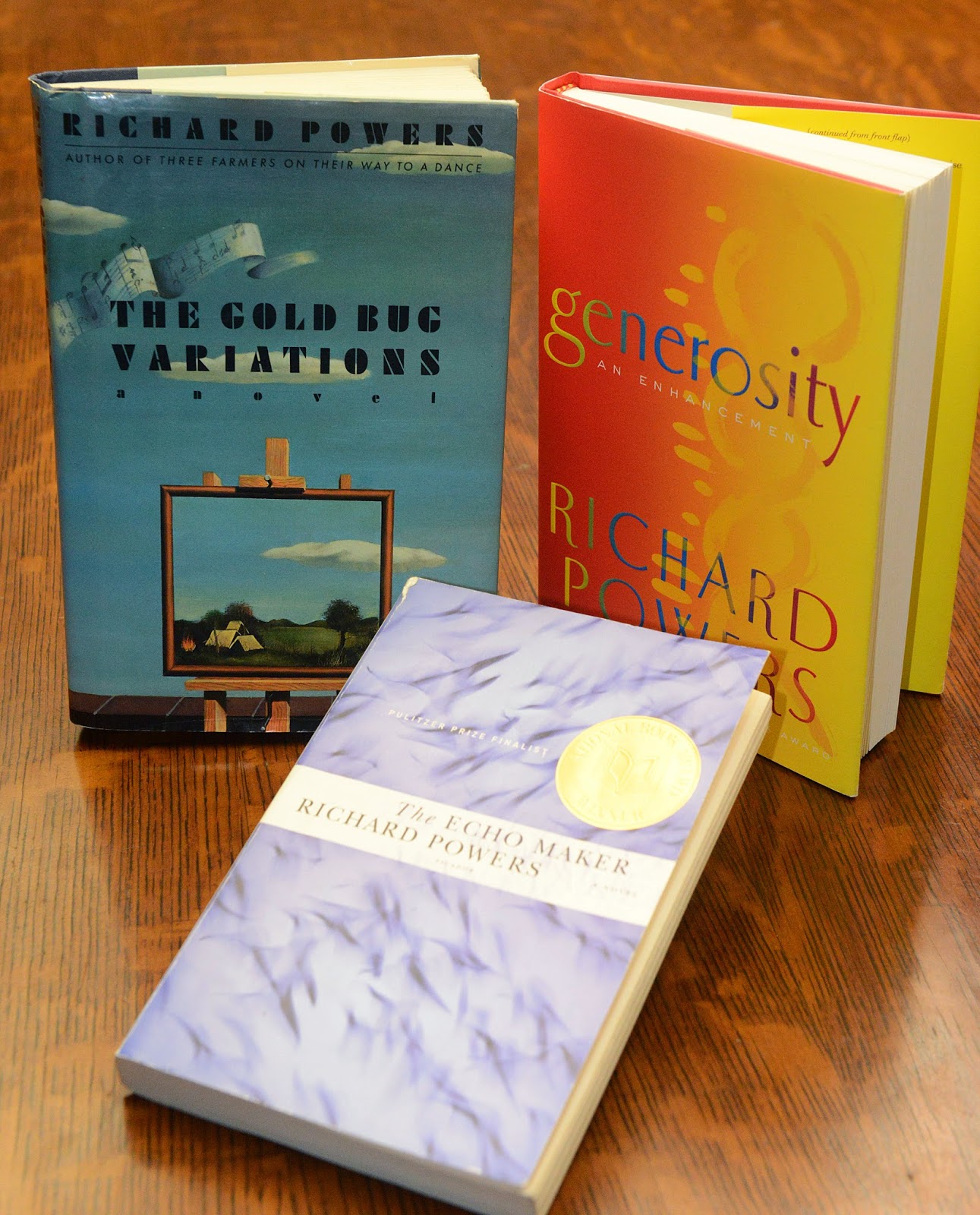 My new books blog at my day job at an Ohio newspaper has my new interview with one of my favorite writers, Richard Powers, author of The Gold Bug Variations, the Echo Makers (which won the National Book Award), Orfeo, etc. Excerpt:

Sandusky Register: Do you listen to music when  you write, or do you prefer to work under silence?

Richard Powers: Several of my eleven published novels have featured music of one kind or another in a starring role.  One of the reasons I have come back to that subject again and again is that it gives me the chance to steep myself in listening, during the years that it takes to write a book.  I can't write at the same moment that good music is playing; the sounds are too interesting to concentrate on anything else!  What I do is alternate, all day long: an hour or two of writing, then half an hour to an hour of intense listening, for refreshment and inspiration.  It's a great, two-stroke engine.  When I wrote The Gold Bug Variations, I must have listened to one or another of Bach’s gems thousands of times.