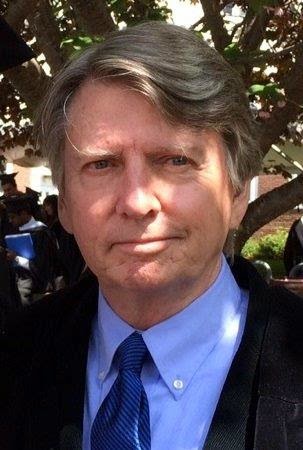 I've started a books blog in my day job, and I've been doing interviews with authors as one of the recurring items on it. (I recently did an Adam Gorightly interview.)

This week I published an interview with Michael J. Glennon, author of my favorite nonfiction book of 2014: National Security and Double Government.  The book raises a point that's been made by Robert Anton Wilson and others: The National Security Act of 1947 set events in motion which shifted much of the power for making national security policy away from elected officials to unelected national security officials.

An excerpt from my interview:

Sandusky Register: Your book suggests that elections in the U.S. have little effect on national security policy — most of the decisions are made by a network of several hundred national security bureaucrats, regardless of who occupies the Oval Office or the seats in Congress. Do politicians in Washington privately admit that this is true?

Glennon: I’ve spoken with many members of what I call the “Trumanite network” who do acknowledge that reality — it’s hard to deny, really, though few will say so publicly — but members of Congress and federal judges have too much at stake to pull back the curtains. As I describe in the book, public deference depends upon the illusion that the public institutions of our government are actually in charge, and their legitimacy would suffer if they were brutally honest about how much power they have transferred to the Trumanites.

Happy to see you got to read that book after all, Tom. And kudos for bringing it to the attention of your readers. I suggested it as a purchase for the Sonoma County Library System but there's no sign of it yet so I've bought the Kindle edition
instead.