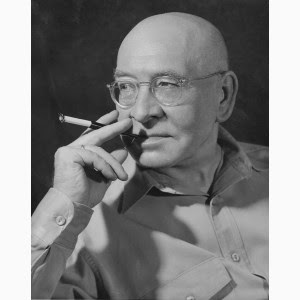 It's not a new article, but it was new to me: "The Eccentric Polish Count Who Influenced Classic SF's Greatest Writers" by Lee Konstatinou, an American writer and academic. Here are the first few sentences:

L. Ron Hubbard once supposedly bet Robert A. Heinlein that he could make more money by founding a religion than Heinlein could by writing a work of science fiction. Heinlein responded by writing his classic novel Stranger in a Strange Land (1961). Hubbard, meanwhile, created Dianetics and Scientology.

Though the story is probably false, Hubbard's religious doctrines do bear a remarkable resemblance to aspects of Heinlein's novel. Both Hubbard and Heinlein were fixated on the divergent relationship between words and things. Both assumed that language could, on the one hand, tyrannize us and, on the other, become the means of acquiring tremendous individual power.

This intellectual confluence was no coincidence. Both Golden Age science fiction writers derived some of their most strongly held views from the same source: the polymath Polish "Count," Alfred Korzybski.

Today, Korzybski is either forgotten or regarded as a crank, but at midcentury he was famous. Korzybski inspired a legion of students, and the meta-science of "General Semantics" that he created affected disciplines as diverse as literary criticism, philosophy, linguistics, psychology, and cybernetics.

This is a fine article, one that every RAW fan should read. Konstatinou never mentions Robert Anton Wilson (who is really beyond the scope of the article, which is about Golden Age SF writers such as Heinlein, Hubbard and A.E. Van Vogt), but commenters bring Wilson up. When you read the article, you'll see that Konstatinou explains many concepts familiar to RAW readers, such as, "The map is not the territory." 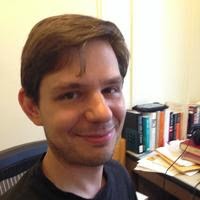 I didn't know who Professor Konstatinou was until I began reading Hieroglyph, a big new anthology of science fiction stories inspired by Neal Stephenson; he has a pretty good story in the book. Konstatinou is on Twitter.

Several iterations of the repeated Atlantic/Harpies attack on science fiction say that Heinlein wrote Stranger to start his own religion, like Hubbard, but we know that he turned down opportunities to do just that. And the Patterson bio tells us that he stayed away from Dianetics.

General Semantics has greatly improved my thinking processes. Blogging this, too.

A E Van Vogt's Null-A novels turned me on to Korzybski
at about the same age RAW was when he first read Science and Sanity. The mention of K's influence when I first read RAW was one of the main factors that led me to seek out more of his writings. As for the notion that K's work has almost been forgotten see:
http://www.generalsemantics.org/