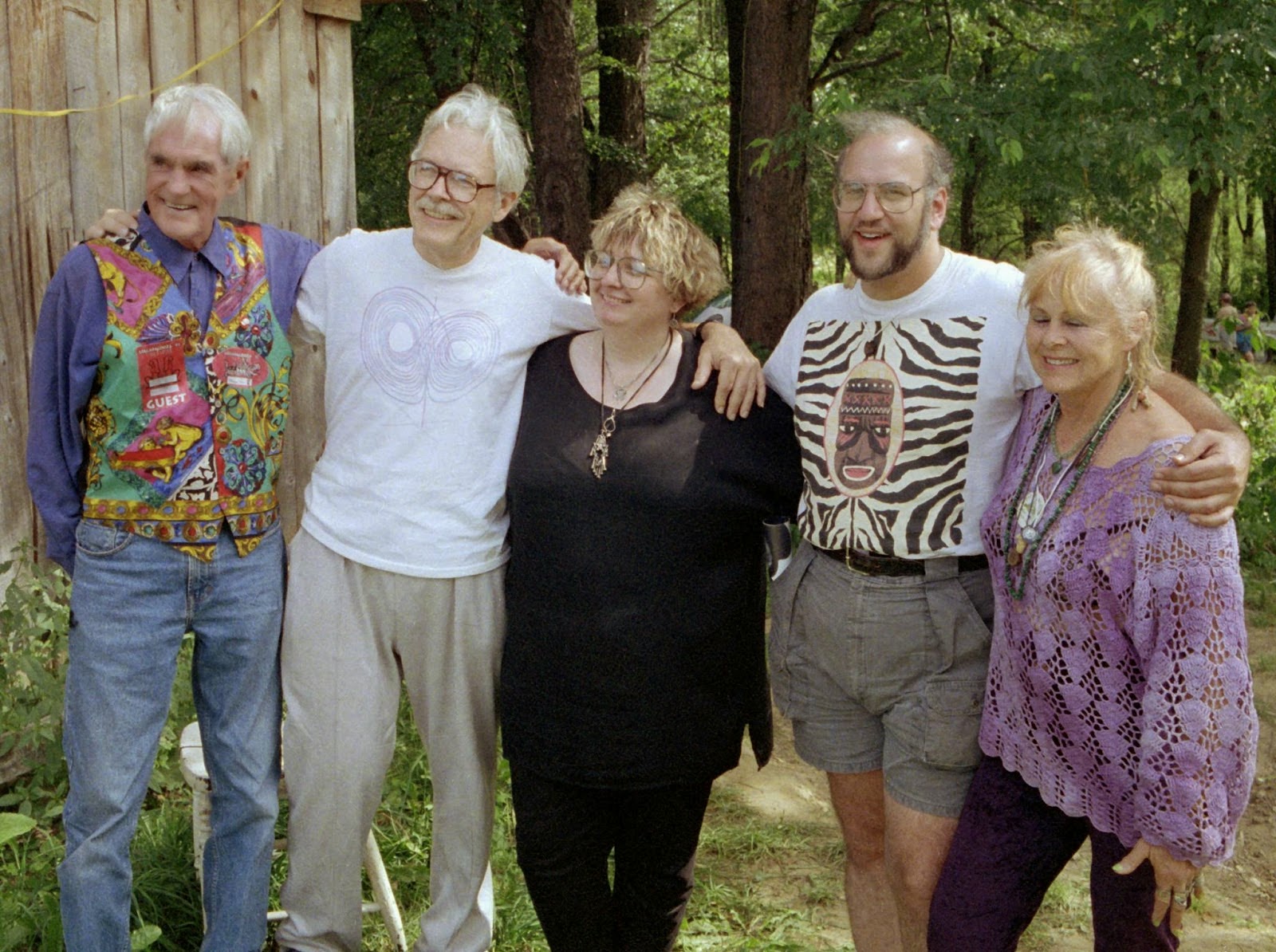 Jeff Rosenbaum has died. An important figure in the pagan movement in the Cleveland Ohio area, where I live, he was closely associated with Robert Anton Wilson, Robert Shea, Tim Leary and other persons of interest. He was an organizer for the Starwood Festival and a founder of the Association for Consciousness Expansion.

Here is an obituary. It's written by Jason Pitzi-Waters. Excerpt: "In addition to his work with ACE and Starwood, he was Robert Anton Wilson’s lecture agent for six years during the 1980s, played guitar & percussion with Ian Corrigan and Victoria Ganger in the bands Chameleon and Starwood Sizzlers, and was published (and interviewed) in a number of Pagan-themed publications."

Here is another obituary. The photo, above, of Rosenbaum with Robert Shea and Patricia Monaghan is taken from it. The obituary is from Ian Corrigan. Excerpt: "With an agenda drawn largely from “Cosmic Trigger” we set about hosting events as simple as showing movies at a Case Western Reserve University venue and as major as bringing Dr. Leary to Cleveland for the first time as he returned to public speaking in the late 70s."