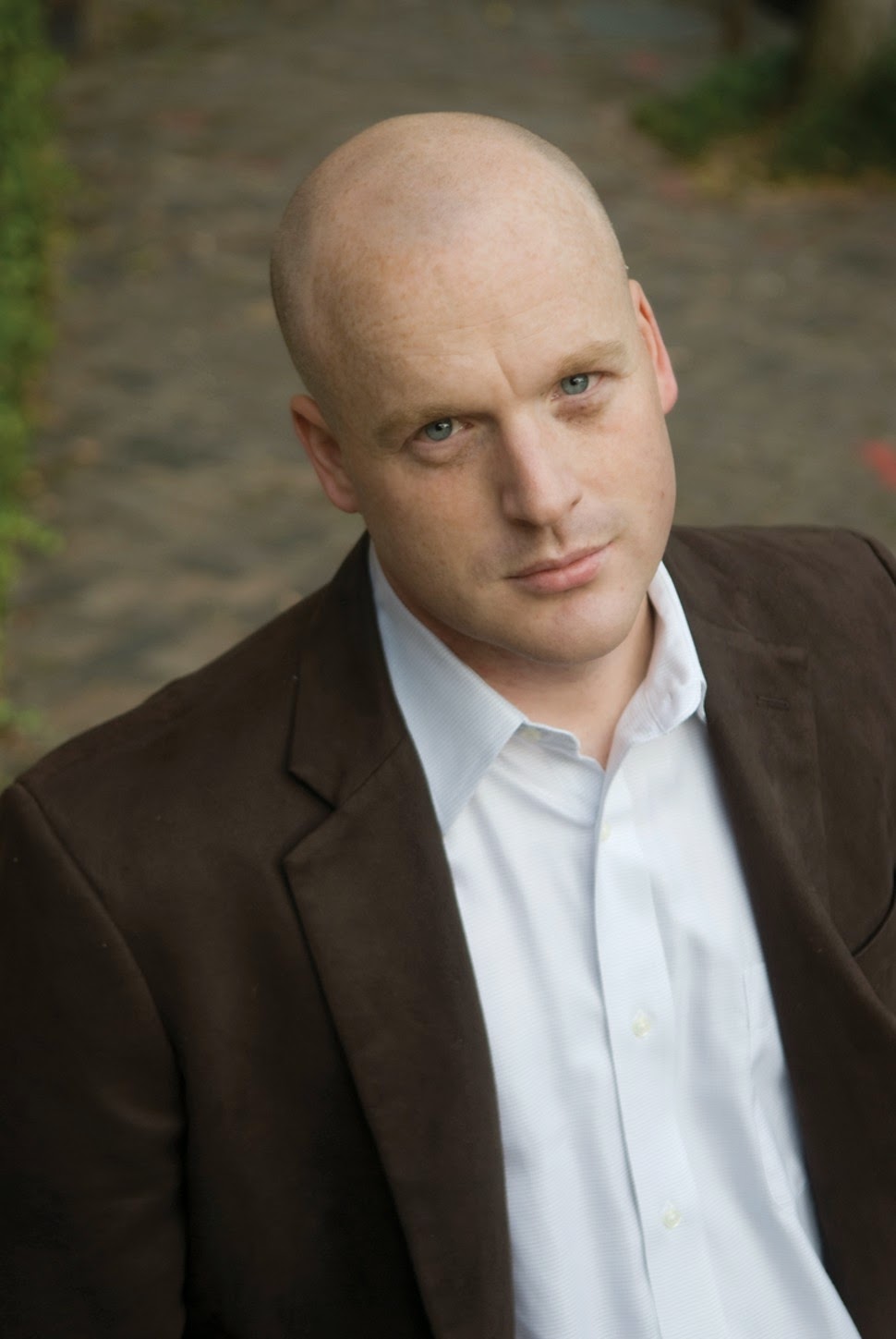 Radley Balko may be a respected critic of police abuse, but let's face it -- at bottom, is he a  hardworking journalist, or just a disreputable bald guy?

On Thursday, Slate, an online publication I often read, published an article by some creature named Ben Mathis-Lilley.  For your convenience, I've boldfaced the part that makes Mr. Mathis-Lilley seem like an ignorant asshole. Here is the first few sentences of the piece:

Yesterday the Washington Post published an epic investigation of the municipal-fine system in outlying St. Louis County cities and towns like Ferguson. If that sounds boring—and I admit, as the person who wrote the preceding sentence, that it sounds boring—try this: In appalling detail, reporter Radley Balko makes a case that St. Louis County is home to a large-scale state-enforced shakedown racket that extorts black residents by using unjust imprisonment as a weapon.

Balko is a civil liberties advocate who's written for the libertarian publication Reason, so if you're inclined you can take his framing of the issues with a grain of salt. But the most stunning parts of his piece aren't anecdotes or rhetoric; they’re facts about a system that raises money for itself by deluging a largely-black population with fines and tickets for minor civic infractions, then punishes them again and again with arrests and imprisonment for not being able to navigate a convoluted judicial system.

If you suspect  you are about to get a rant along the lines of "the map is not a territory," you are correct. And notice that I don't seem that Mathis-Lilley "is" an ignorant asshole; I just write that his article makes him "seem" like one.

In all three cases, I would argue that hanging a label on Balko has little do with the merits of any piece he's written. It's either well-written or it's not. It either follows reasonable standards of evidence, or it does not.

Reason magazine was founded in 1968, so it's probably run quite a few pieces by now, by a variety of writers. I'm not sure what it's supposed to prove that it has published Balko. Mathis-Lilley could have emphasized, by the way, that Balko's piece was published by the Washington Post.

Yesterday, I linked to a writer I admire, and whose death I mourn, Alexander Cockburn. I guess since I self-identify as a classical liberal, by Mathis-Lilley's reasoning, I really should have written, "Cockburn was a Marxist who's written for the Nation, so if you're inclined you can take  his framing of the issues with a grain of salt."

Trying to figure out what Mathis-Lilley's statement is true of. He's saying that Balko has a panchreston: He blames everything bad on the state, but this time he's right. Some libertarians are that rigid, though I don't know if Balko is one of them. Likewise, Marxists blame everything bad on capital, which is right much of the time but does not, e.g., explain why their religion has a higher body count than Christianity despite the latter's 18-century headstart.

I'm also thinking that some libertarians believe in a monolithic entity called The State. I agree that governments are armed gangs, but there are many, sumbnall of which claim legitimacy, and the trick is choosing the least bad ones. Maybe the best thing for the people of Ferguson is for the federal armed gang to protect them from the local one.

Arthur has made an important point about why libertarianism has made little headway among blacks: For many blacks, the federal government has been an instrument of liberation. That may be tough for libertarians to swallow, but it's true. It would appear to show the limitations of the libertarian reality tunnel.

If there were a few prominent black libertarians (instead of a few black Republicans claiming to be libertarians) African-Americans might be more inclined to be interested. But poor blacks, rightly or wrongly, see the pontifications of white intellectuals as irrelevant to their issues.

When asked As for why Obama should be honored on American currency, Mathis-Lilley confidently stated, “Obama is the United States’ most admirable, accomplished modern president” and that’s “a widely acknowledged fact.” Now this makes him
An ignorant asshole