Review: At the Heart of the White Rose 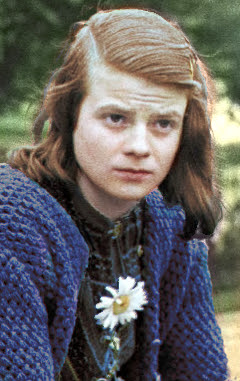 Book Review:
At the Heart of the White Rose: Letters and Diaries of Hans and Sophie Scholl (edited by Inge Jens), Plough Publishing House, 366. pp, 2017.

I first heard of Sophie Scholl in the 1980s when I mixed with German Greens involved in the anti-war movement. They’d taken her life as added inspiration for their Non Violent Direct Action (NVDA) against nuclear bombs. Both Sophie and her brother Hans were executed by the Nazis for being part of The White Rose collective. The siblings carried out non violent resistance against the Nazis during the war producing leaflets calling for civil disobedience.

We are now blessed with the first translation of Sophie and Hans’s diaries from German into English, released by Plough Publishing House. I was spellbound by their diaries and letters as they show both youths to be deep thinkers with much clarity and humour. Not surprisingly the diaries tell us nothing about the actual activities of The White Rose collective but there is enough added commentary by the editor to help put their personal writing into perspective. Whilst young Sophie wasn’t "psychedelic"(Hofmann took his famous bike ride just 2 months after her death), she was a nature lover who hugged trees and wore flowers. Another biography describes her looking a little strange and child-like in her first train journey to university, again with a daisy in her hair.

At one point in the war both Sophie and Hans wore their hair in the protest style common among radicals in Germany: Sophie wore hers very short in the form of a bob in defiance of the long braids so common among women, while Hans wore his long on the Eastern Front where he served as a pacifist medic. Hans would often get screamed at by his CO to get it cut. Sophie and Hans were very well read – with Hans even quoting Lao Tzu in his anti-war leaflets. I wonder if they also encountered Jung's concept of the anima/animus? To quote Jung in 1939, "In the unconscious of every man there is a hidden feminine personality and in that of every woman a masculine personality." We tend to forget how revolutionary this concept was back in the 1940s. Likewise we forget how young people will sometimes react to the extreme polarisation of gender with the way they present their hair.

I found At the Heart of the White Rose a fascinating read. I’ve reviewed it here as I think it might appeal to RAW readers who’ve been involved in the heady experience of NVDA. Robert gives a good description of his own experiences of civil disobedience in Cosmic Trigger II. It sounds like he was pretty well freaked out by his own first arrest. Few of us however come close to the determination and courage showed by The White Rose collective.

Robert Anton Wilson makes a fascinating comparison between the Flower Child of modern times to Ezekiel’s vision of the "unearthly Angel" (in relation to his quaternity of the Angel, Bull, Lion and Eagle) in Prometheus Rising (p. 55). With her gentle persona Sophie Scholl fits RAW’s description very well. There are also some naive aspects to her personality which the reader can find from reading the book. But Sophie Scholl proved that no matter how gentle and dreamy you may be, you can still maintain a quiet inner strength in the face of a terrifying adversary. I’d also recommend, Sophie Scholl and the White Rose (Dumbach & Newborn) for a more detailed biography to their lives. The editor in the Letters and Diaries has kept her bio-comments to a respectful minimum.
on February 07, 2020