RAW on 'The Widow's Son' 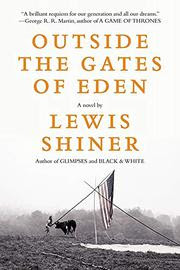 While I was researching another blog post that will have to wait a day or two, I looked at part two of Lewis Shiner's interview with Robert Anton Wilson and rediscovered this. It seems relevant to the online reading group for The Widow's Son and to RAW fans interested in Beethoven and Illuminatus!

RAW: My favorite of all my books is The Widow's Son because I think I created uncertainty better there than anywhere else. I don't think there's anybody in the world who can tell how much of that book is real and how much is fiction. Including me. I don't absolutely know how much to trust my sources.

SHINER: --- and how much you made up may have been true.

RAW: I've had that happen, too. In Illuminatus I made Beethoven a member of the Illuminati. That was a parody of the Christian Crusade in Oklahoma — they were claiming the Beatles were Communist agents. I decided to put it back 200 years and make Beethoven an Illuminati agent. And, my God, that was just a joke, but it's true! Beethoven either belonged to the Illuminati or was certainly a fellow traveler. He was very closely associated with them. I had no idea that was true when I wrote it.

It's a very good interview, if you want to start at the beginning and read all of it, here is part one.

Shiner in the intro: "It was kind of a weird interview. At the time, I felt like Bob was not really listening to me, kind of talking over me and delivering somewhat prefab responses. Yet when I listened back to the tape, it was a really good interview, and he sounded very compassionate and wise.. "

Lewis Shiner is an interesting writer in his own right who deserves more attention.  He was originally associated with the Austin segment of the cyberpunk movement in science fiction, Bruce Sterling and that crowd. Here is a review of his new novel, Outside the Gates of Eden.  I'm guessing the older readers of this blog are more likely to catch the Bob Dylan reference in the title. Shiner won the World Fantasy Award in 1994 for Glimpses, something I should have mentioned when I originally published the interview. There are more good writers and interesting writers out there than the most determined reader can keep up with.