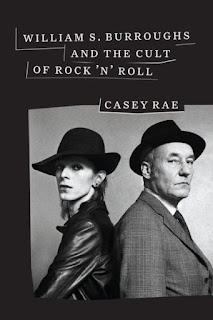 The long podcast (more than an hour and a half long) explores both the positive and negative sides of Burroughs, the way he inspired many other creative people and the baleful influence he had on the lifestyles of many. As Louv sums up at the end of the podcast, Burroughs is "someone who has been influential for the right reasons and the wrong reasons."

Find out more about Louv's offerings at Magick.me.