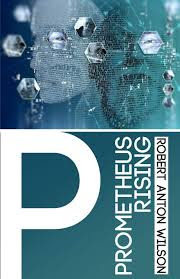 At the beginning of last month, I described reading a book called Digital Minimalism by Cal Newport and how I responded by deleting the Facebook and Twitter apps from my smartphone and trying to avoid the two social media services as much as possible. I continued to use them in October when I had to for work-related tasks or to obtain specific bits of information I couldn't find elsewhere, but I quit following feeds or doing personal postings.

As a result, when I pulled out my phone and I needed something to read, I switched to my New York Times app (I have a digital subscription, if you watch for sales you can get it pretty cheaply) and to reading Reason's Hit and Run blog, which I have bookmarked on my phone. Generally speaking, I feel better informed doing that than by spending a lot of time on social media. I will resume doing some social media, but I plan to limit my time on it. I won't put the apps back on my phone right away.

Speaking of brain hacks/lifestyle changes, I recently tossed out the idea of doing a Prometheus Rising online reading group.  I wasn't exactly flooded with a huge number of comments, but Chad N. said he wanted to do it, and Eric Wagner wrote, "I would love to participate in a PR group. I would also like to participate in a Nature's God group and finish off the Historical Illuminatus! Trilogy. I feel like PR deserves a 23 month long reading group. Perhaps we could have a set of four or five facilitators who would take turns."

I was thinking along the same lines as Eric; I want to finish off Historical Illuminatus! and I thought it might be a good idea to have more than one presenter. Maybe start on Prometheus next year after we do Nature's God?
on November 01, 2019

That sounds great. I keep coming back to PR, year after year. I found a quarter yesterday.

Exciting! I'm currently re-reading PR and am about 3/4 of the way through it. I'd love to revisit it again in the New Year since I'm getting so much more out of it this second time around.

I'm also perpetually re-reading portions of Schrodinger's Cat - usually the chapters having to do with my all-time favorite RAW character, Hugh Crane/Caglistro the Great.

It's so cool to read PR + HC in tandem. Even though the two appear to have been written at different times, it feels a lot like RAW toggled between the two. HC is like a fictionalized account of someone who applies the lessons in PR. I know there's a lot of overlap in RAW's various works, but these two seem to really mirror one another more strongly than other similarities I've picked up on.

If anyone happens to be reading PR right now, try reading it together with this distilled version of Hugh Crane story: http://rawilsonfans.org/i-opening/

I would enjoy to complete the Historical Illuminatus! series, as I find it very rewarding to go through them in detail, with a group (having read them all rather quickly, years ago).

And yes, Prometheus Rising would definitely benefit from a close reading, with a supportive group of contributors...