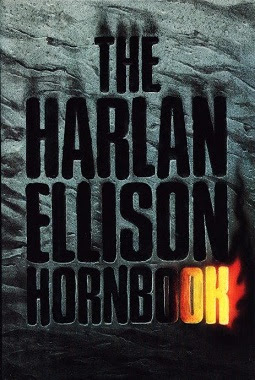 I've been reading The Harlan Ellison Hornbook, a collection of Ellison pieces originally written in the 1970s for the Los Angeles Free Press. Yes, I know he could be an asshole, but I like his writing. If you read his writing,  you get the best thing about him.

There's a discussion in one chapter of what Ellison read as a kid:"  .... I was already reading the classics and An Introduction to General Semantics (introduction by S.I. Hayakawa) while the rest of my classmates were heavy into Lad: A Dog and Star Third Baseman by John R. Tunis .... " (from "Installment 23," i.e. chapter 23 of the book.

Apparently it wasn't just Heinlein and Robert Anton Wilson; a lot of writers from a certain generation read Korzybski.

If your vices include reading Harlan Ellison and using ebooks, watch for sales; often one of his  books goes on sale for about $2. As I write this, The Beast That Shouted Love at the Heart of the World: Stories is on sale.

I've been trying to live by General Semantics for 60 years. Sex is nowhere near the only thing that should be nonbinary.