A bit on Bill Maher (and Kevin Williamson) 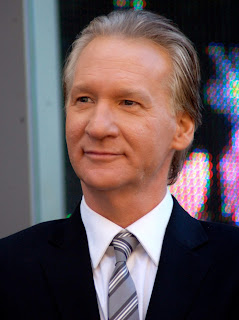 Thanks to Chad and Oz for posting at my Kevin Williamson interview blog post.

After I read their comments, I wondered if Williamson had appeared on Bill Maher's current show, and he has. A podcast of the August 23  show is available free (and legally) here on Sticher;  Williamson shows up at 30:15. I agree with Williamson on free speech and with Maher on abortion.

You can read an article about the show from a friendly source,  and also read an attack on Maher and Williamson from a left site. We report, you decide!

In one of Wilson's books there's a reference to a film that Bill Maher was in.
Cannibal Women in the Avocado Jungle of Death.

I recall watching this one, but not the details of the dialogue. What I do recall is that he and Williamson seemed to butt heads, which was disappointing to me. But I guess not all freethinkers think alike!