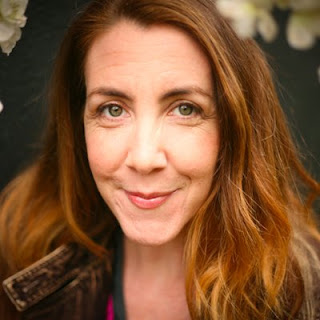 Ian "Cat" Vincent reports in the latest issue of "Caterwauling," his email newsletter, that starting on Halloween, a new movie, The Armageddon Gospels, will become available on Apple TV.

In his review of the movie at Daily Grail, Vincent writes, "Armageddon Gospels is a true and timely work of magic in every sense: often delightful, firmly anchored in British myth, consciously an act of ritual, and deeply profound." Actress Kate Alderton, who played Arlen Riley (RAW's wife) in Daisy Campbell's play based on Cosmic Trigger, appears in Armageddon Gospels, Vincent notes. (I can't find a website to sign up for Mr. Vincent's dispatches, but contacting him on social media likely will work.)

Alderton is on Twitter. She also follows me. This is a literary blog, so I'm not going to make a big deal out of the fact a beautiful British actress follows me on Twitter. You'll notice I barely mention it. 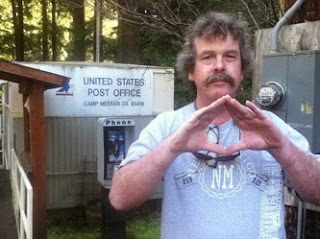 Meanwhile, Hollywood movie star* (and author of books on Discordianism) Adam Gorightly appears in The Hill and the Hole, based on a Fritz Leiber story. The movie was only recently completed and is being offered to film festivals; I'll let you know when it's available for screening.

* Mr. Gorightly lives in California; I am actually not sure if it's Hollywood or Malibu. See his web site for some of his books.

Blog is back up after a major outage, it is now at cunningcatvincent.com

My next major magical action is HEXIT on Halloween night.
https://radio23.co.uk/hexit.html