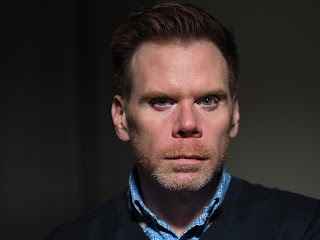 There is apparently a current genre of nonfiction I had not been quite aware of before, self-help books that focus on our relationship with technology, more specifically our relationship with cell phones. Digital Minimalism by Cal Newport, mentioned in an earlier blog post, is one such book.

Another is Don't Unplug - How Technology Saved My Life and Can Save Yours Too by Chris Dancy, which I recently finished. Dancy is billed as a "mindful cyborg" and "the most connected human on Earth" and advocates a number of strategies, including obsessively monitoring your life and use of technology. One of his more interesting suggestions is "iPhone palmistry," looking at a person's smartphone and the apps on his/her/their home page to learn about the person. Notice, Dancy says, whether it's an Apple phone or Android, whether it has a case, if it is new or old, battered or in good shape, and what apps the person keeps handy on the home page and how they are organized.

Anyway, the acknowledgements section caught my eye; after thanking various other folks, Dancy writes, "Last, I'm often asked, who do you read, study, etc. I'm never quite sure how to answer this question as I go out of my way not to be biased or influenced by any particular school of thought, until I have formed my opinion.  To that end, there are a few historical figures who I have taken time to study, read and re-read.  Douglas Rushkoff, Alan Watts, Terence McKenna, Søren Kierkegaard, Andy Warhol, Antoni Gaudi, Carl Jung, Robert Anton Wilson, Alvin Toffler, Winston Churchill and Victor Frankl."
on October 24, 2019

Awesome! Would you say it's in opposition to Cal Newport's position? Or similar to it?

Here's a good podcast with Cal Newport I listened to a while back: https://www.richroll.com/podcast/cal-newport-447/

Speaking of Watts, I recently ordered The Way of Zen from my library. Very excited to read it since I've been doing a deep dive on Zen. I found this person's article about Watts/Zen very interesting: https://aeon.co/essays/alan-watts-the-western-buddhist-who-healed-my-mind

Thanks for the links, Chad, I'll check them out.

Cal Newport emphasizes you should limit your exposure to your cell phone and to our technology to make skillful, conscious use of it and save your time for better things to do. Chris Dancy advocates wholehearted use of technology to find out as much as possible about yourself and others and to make best use of it.

So they definitely come at it from different directions. I noticed that both of them, however, suggest deleting Twitter and Facebook from your phone. They both say it's false the Amish don't use modern technology. (I deleted the two services from my phone and I've been avoiding them for a month, as Newport suggests, although I do go to the sites on my computer for work when it's unavoidable.)

A podcast that featured the two of them talking to each other would be very interesting.