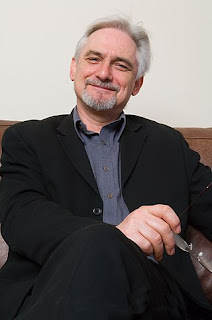 British writer C. J. Stone (Fierce Dancing, The Trials of Arthur etc. and numerous newspaper columns) takes on Discordianism and the British Discordian scene (including last year's Catch 23 festival) in a new article, "Christopher J Stone discovers that the crazy world of discordian philosophy contains some useful and enlightening truths, as long as you don’t take it too seriously."

He's more influenced by British figures such as John Higgs than by Americans such as, say, Adam Gorightly, which obviously makes sense in terms of proximity, and quotes some of my favorite bits from Higgs' novel, The Brandy of the Damned.
on April 19, 2019