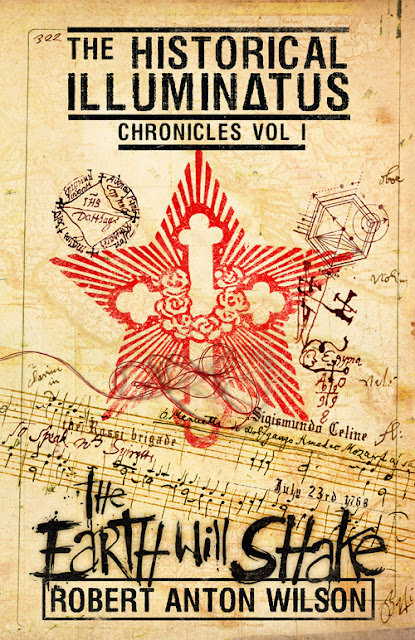 We've been doing online reading groups at this blog for years, generally with pretty good participation, and archiving them so that anyone who reads the book after the reading group is done can go back and read the blog posts as he/she reads the book. (I don't know how often anyone does this).

2018 has been something of an anomaly for the blog, as we have covered two books that were not written by Robert Anton Wilson: Pale Fire by Vladimir Nabokov (which, aside from its intrinsic interest to serious readers influenced RAW's The Widow's Son) and we are winding up Eric Wagner's discussion of Joseph Kerman's The Beethoven Quartets.

For 2019, I suggest we return to Wilson, with the Historical Illuminatus Chronicles, or at least with The Earth Will Shake and The Widow's Son. All three books (including of course Nature's God) have been published in definitive editions by Hilaritas Press and it seems to me they deserve some love and attention. I'm particularly fond of The Widow's Son and think of it as a neglected book. We could maybe start with The Earth Will Shake in February and go from there.

This suggestion is not set in stone; you could make a case, for example,  for Prometheus Rising, also available in republication from Hilaritas, and also worth a discussion group. I'm open to ideas and discussion.
on December 07, 2018

I agree with Eric

I'm in favor of Historical Illuminatus

Historical Illuminatus would be my choice

The Illuminatus Chronicles have my vote as well!