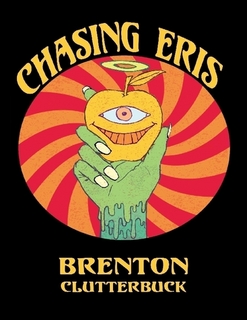 Despite some minor flaws, Chasing Eris by Brenton Clutterbuck is a really good book, and everyone reading this blog should hunt up a copy and read it.

Brenton, an Australian, discovers Discordianism and embarks on a globe-spanning Discordian Odyssey to "find the others." He meets an impressive cast of characters. Many of them were new to me, but the people he interviews or listens to also include Adam Gorightly, Robert Newport, Louise Lacey and John Higgs.

One of the more interesting people he talks to is St. Mae, aka Autumn Tyr-Salvia. One passage describes how she and her friends decided to hold a "generic protest."

Much of the humor about the Discordian scene comes from Brenton's insider knowledge. A passage describes how a British newspaper column by David Holbrook, "Let Us Stop Being Polite About Pornography," condemned a performance of the stage version of Illuminatus! Holbrook did not refer to the play by name. Clutterbuck writes, "In case there is any doubt Holbrook was referring to the Illuminatus! play, the depiction he gives of the unnamed director coming onto stage and yelling, 'if more of you f-ing people would come to this f-king play we might be able to make enough money to put on more like it,' seems to be unambiguously Ken Campbell."

I was very impressed by Brenton's hard work. He starts his investigation of Discordianism by traveling in Australia. He then goes to the U.S., visiting folks in California, Portland, Austin, Houston, Nashville and Atlanta. He goes to Brazil and Argentina, then visits Europe for stops in the United Kingdom, Finland, Poland and Germany. He also obviously spent a great deal of time in other research, including reading online Discordian sites and reading documents provided to him from many sources.

The only criticism I can offer is that because the book is self published, it does have quite a few errors, and could stand some copyediting. None of these errors are fatal, but there are proper names that are wrong, other spelling errors, grammar errors and unclear geographical references, such as a chapter in Nashville that seems to largely take place in Atlanta, and a chapter where it's hard to decide at times if Louise Lacey is in Chicago or San Francisco. Perhaps Brenton could enlist his friends to help him find and stamp out these bugs, such as correcting the spelling of Hilaritas Press and Santa Ana, California.

There are a great many anecdotes about Robert Anton Wilson in the book, and anyone interested in the topics covered by this blog surely would enjoy it. The book includes a forward by John Higgs that makes a kind reference to this blog, and an "Afterfnord" by Professor Cramulus, aka Dan Comstock.

A couple of other reviews: Cat Vincent's review. Also, a review on Goodreads by Alden Loveshade.

Buy the book here.  It works fine as an ebook, which I bought because it is cheaper; I read it on the Nook app on my phone. 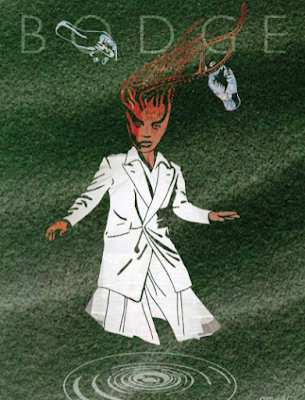