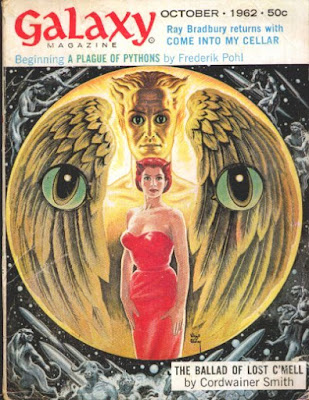 A profile of Paul Linebarger, who wrote unusual science fiction under the name "Cordwainer Smith." If you have a background in classic science fiction, you may have read "Scanners Live in Vain."

"Scanners Live in Vain" represents just one day in the 14,000 years of the future history Linebarger imagined in his stories, notebooks, and manuscripts—similar in scope to Frank Herbert's Dune. Smith's future history, called The Instrumentality of Mankind, is meticulously arranged so that stories don't simply dovetail with each other but sometimes occur simultaneously. Contemporary Algis Budrys marveled that "what appear to be loose ends or, at best, plants, are in fact integral fragments of other parts which will not take on their intended function until he later lays down the main body of that part." The only thing hindering Smith, Budrys said, was being constrained to "describing infinity in finite time."