'The Number 23' inspired by RAW 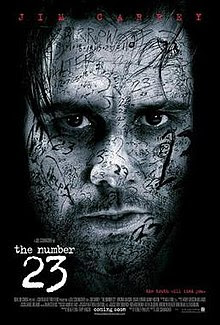 The Number 23 is apparently an infamously bad movie. The 2007 flick has picked up many bad reviews. But Val at the Butterfly Language blog has discovered something interesting: The screenwriter was inspired by Robert Anton Wilson.

Val had always suspected some RAW inspiration in the film but finally found proof when she found a report of an article originally published on Feb. 23, 2007, in the Sacramento Bee. Excerpt from Rachel Leibrock's article:

If there's an unofficial patron saint of the 23 set, it's novelist Robert Anton Wilson, whose 1977 book "Cosmic Trigger" explored the number in Burroughs' works as an attempt to connect the digits to the universe on a larger scale.

It was Wilson, who died in January, who inspired screenwriter Fernley Phillips to pen "The Number 23" script.

"I'd always been interested in numbers and math, and how they work together," Phillips says on the phone from L.A. "We all know about (the significance) of seven and 13 -- but we don't know about 23 and how it blends the weird with the scientific."

That's when 23 started popping up all over Phillips' world.

"I'd see it in newspaper headlines, clocks, license plates and street addresses," he says.