Off to Penguicon soon 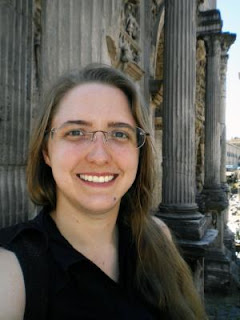 It's so exciting to get to go to a science fiction convention! I still manage it periodically, and the weekend of April 28-30 I will be at the latest Penguicon, in the Detroit area.

Penguicon is billed as a "non-profit, open-source science fiction convention" and it promotes a great deal of open source culture, such as Linux, and in general has a lot of connections to the modern counterculture; at the last Penguicon I was able to attend, in 2012, I went to a presentation on varieties of tarot cards and listened to Creative Commons hip-hop music from the Scrub Club record label as well as attending more usual offerings on science fiction authors and lore.

I was delighted to see that this year's Penguicon will have Ada Palmer. Another of my favorites, Cory Doctorow will be there, too. There aren't as many SF authors as at the bigger literary conventions, but there will be other notable writers there, such as John Scalzi, and a guy named Ferrett Steinmetz, who is from the Cleveland area and active on Twitter. I'll be promoting the Libertarian Futurist Society and will likely try to promote this blog a bit, too.

I never got to see Robert Anton Wilson at a SF convention (or anywhere else), but as I've mentioned before, I met Robert Shea at a worldcon in Boston in 1989, a big thrill.