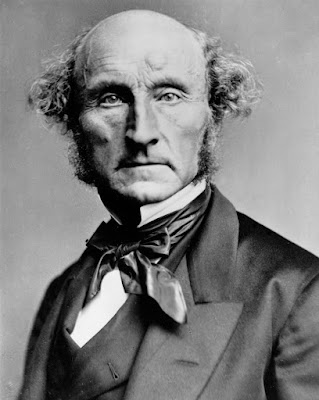 Ada Palmer writes in the afterword to her Hugo-nominated novel, Too Like the Lightning, that one of her motivations for becoming a novelist was that "I wanted to add my voice to the Great Conversation, to reply to Diderot, Voltaire, Osamu Tezuka and Alfred Bester, so people would read my books and think new things, and make new things from those thoughts, my little contribution to the path which flows from Gilgamesh and Homer to the stars."

Illuminatus! is about many things, but one of the things it does was carry on a "conversation" with earlier libertarian books and ideas.

It occurred to me when I read Palmer's book that I ought to be more familiar with earlier libertarian and classical liberal writers. I wrote to Tyler Cowen to see if he would give me any suggestions on what I should read, after he had done a recent crowd-sourced interview on Reddit:

I'm a big fan, but I had to work and couldn't take part in the Reddit. I
hope you will forgive me for posing a question by email.

I am planning to do some reading in 18th and 19th century classical
liberals. I thought maybe John Stuart Mills' autobiography and "On
Liberty," some Adam Smith, some Edmund Burke. Anybody I've missed? Any
titles I should not miss? Have you written specifically about this?

Sorry to impose on your time. Even a very brief response -- if you have
time -- would be great.

Cowen is a busy dude, but he did write back:

Hume, Tocqueville, Spencer's Social Statics,, Bastiat, the Edmund Silberner book, for a few...Founding Fathers too if you don't already know that stuff...

When I thought about it, it occurred to me I ought to add a couple of writers who were big influences on RAW, Lysander Spooner and Benjamin Tucker.

When I mentioned my reading project to Ada Palmer (while trying to arrange an interview), she offered some suggestions:

If you want more Enlightenment reading, I highly recommend the various editions of excerpts from Voltaire's Philosophical Dictionary which are around, or his Letters on England.  Major moments in the formation of liberal ideas, in the best way.

I read Mill's Autobiography, and I'll probably tackle his On Liberty next. Adam Gopnik did a nice piece on Mill for the New Yorker, if you want a refresher on why Mill is interesting.

Cowen's latest book, The Complacent Class, is on my Kindle. It's what I'll be reading next when I finish Palmer's Seven Surrenders.
on April 17, 2017