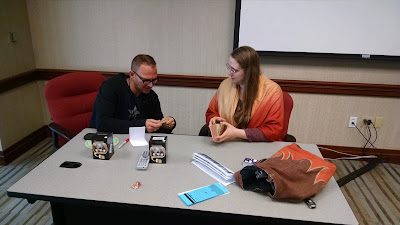 Penguicon has been a fine convention experience, although as with the other Penguicon I attended, in 2012, I have had the experience of attending a convention where I don't know anyone very well. (When I lived in Oklahoma for years, going to conventions meant seeing old friends again). 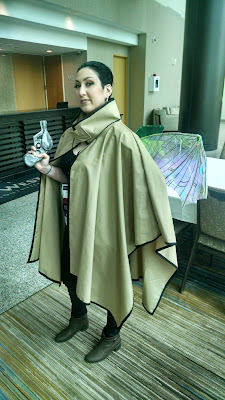 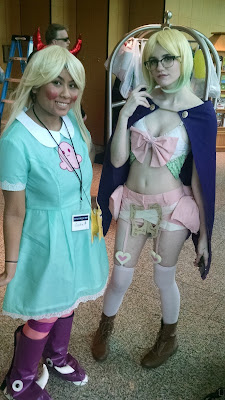 Penguicon is reliably a very interesting convention. I went to lots of programming, particularly events featuring Cory Doctorow or Amanda Palmer, and also got to speak for a couple of minutes with another author I like, Leonard Richardson. 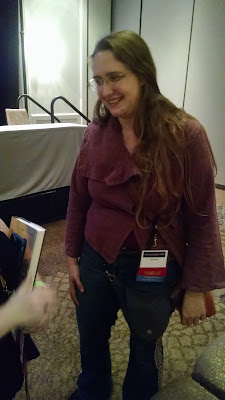 Ada Palmer, nominated for the Hugo Award for her excellent book Too Like the Lightning, shortly after the end of the opening ceremony. 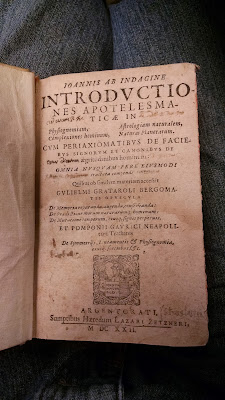 Ada Palmer let the audience examine a 450-year-old book at one of her events,  letting us pass it from hand to hand. She explained that books in those days were much sturdier, and it would be fine so long as we used reasonable care. This is the title page.

I wore a Boing Boing "FNORD" t-shirt all day Saturday and wore a badge with RAWIllumination.net on it, but nobody has said anything about either, as of Sunday morning. I guess there aren't a lot of RAW fans here. I did see a guy Friday wearing a T-shirt that seemed to have Discordian elements.

Ada Palmer's new novel Seven Surrenders has a chapter set in Ingolstadt, with the sentence "The Earth sill shake." That's not a RAW reference, she said. The chapter is set in Ingolstadt because that's where Frankenstein is from. She has a copy of the Illuminatus! trilogy in her library but hasn't gotten around to reading it. 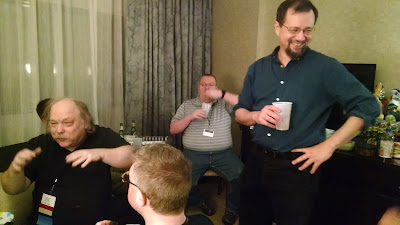 Scene from the Libertarian Futurist Society (and Friends of Armed and Dangerous) party. Eric Raymond is gesturing on the left. I don't know the name of the dude on the right, but he taught me you can make a pretty good dip from avocado, cream cheese (softened to room temperature), salt and garlic.
on April 30, 2017

I knew it! That's great. What was the book you all examined? Was it just a biblical commentary?

The Alana cosplay is pretty awesome- are you a fan of Saga? It is the only ongoing comics series I keep up with that isn't written by Alan Moore.

Is there anyway to purchase a couple of the RAWillumination pins? I know a couple of outfits some badges would be a great addition to :)

I don't know Saga. Not very hip on comic books.

The book actually was a book of magic. She did a rare books program Sunday where she passed out books of Latin prose, discussion of the Bible, Herodotus, books of prayers, all kinds of books.

I don't have any pins, but I'll keep that in mind!

I will post my badge later today. Penguicon is very big on putting ribbons on badges.