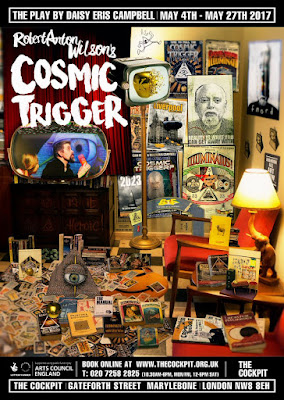 The Nixon Quantum Hangover. From Butterfly Language. Trump is often compared to Nixon, and Illuminatus! was written during the Nixon presidency.

The Great Letter and the Infinite Process of Self-Embedding. From PQ. Finnegans Wake as a hologram of the universe.

First novels that were the author's best. Via Supergee, who tactfully doesn't add that some would mention Illuminatus!

Two weeks away from the Cosmic Trigger play.