Notes on the new counterculture

I believe it is Timothy Leary who is credited with observing that personal computers fueled a new counterculture in a way that's analogous to LSD and the older counterculture. I also know that Robert Anton Wilson was interested in computers and had planned to write a book on the Internet, "Tale of the Tribe."

This weekend, I have been attending Penguicon, a combined science fiction and digital culture convention, with particular emphasis on open source software and open source culture in general. With the sort of timing that seems to attend such things, I caught a cold shortly before the convention, so I haven't attended as much programming as I would like -- I've been taking naps, avoiding staying up late, etc.

Still, I've been going to events and taking pictures, and I thought I would share some to give you an idea of what's going on.

In some ways, the convention is better-run than the usual SF conventions.

The hotel here, the Hyatt Regency, is the biggest in Michigan, the convention folks say. It's in Dearborn and it looks like a fortress. 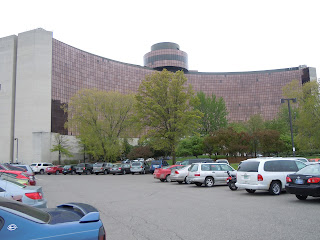 The hotel wanted to charge me to use wi-fi, but Penguicon set up its own wi-fi network in the convention area, which is what I am using now.  Weeks before the weekend of the convention, Penguicon began publishing details of its programming on its unusually detailed Web site.

Many aspects of the convention resemble the usual SF convention.

The con suite, where free food and drinks are served, has a good selection. It even has beer, and something called Open Cola, open source soda pop made by soda geeks. Unfortunately, it is  a bit cramped and often the visitor has to stand. 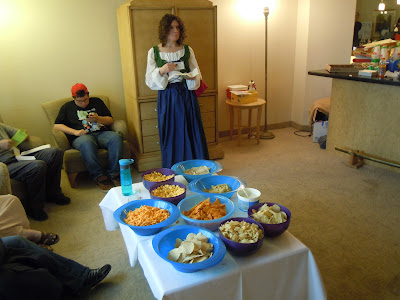 Security for the con suite: 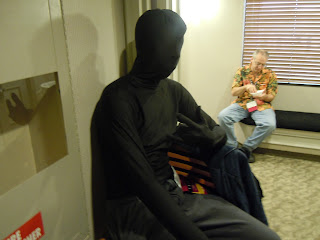 Registration turned out to be a dreadful experience. I had preregistered weeks in advance, but after I stood in a long line and it finally came to be my turn, the guy said he could not find a record I had paid in his computer. I had to go back to my room and get a receipt I had taken the precaution of printing out  when I packed. When another convention person finally convinced the gatekeeper that the receipt was valid, they handed me my preprinted badge and other materials.


As in other conventions, hall costumes are part of the fun. Here is a dragon. 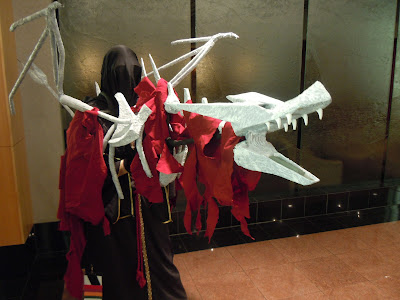 .
Here is a bit of elevator fandom. 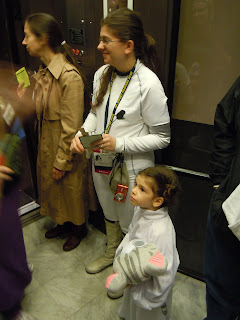 I missed much of the programming because I was in my room lying down instead, and because I don't feel well I'm not going to make this an exhaustive con report, either. But here are a couple of other examples of what makes Penguicon different from regular SF conventions.

To an unusual degree, Penguicon encourages attendees to use ribbons to express their interests, or solidarity with certain forms of programming. Each ribbon has an adhesive so it can be be attached to a badge, and many attendees have a long series of ribbons dangling from their badges.

Here is a ribbon which expresses exactly what kind of relationships you would welcome with the other attendees: 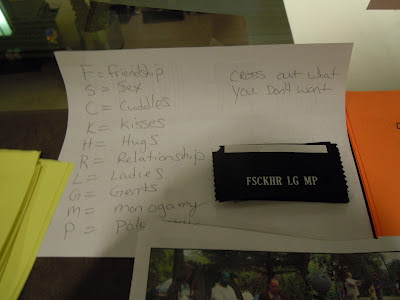 As you can see, the idea is supposed to be that you cross off the aspects of relationships you are not interested in (such as, for example, monogamy). I crossed off most of the stuff on my badge to indicate I was only looking for friendship. Monogamy seemed to be generally taking a beating.

One of my favorite panels was presented by Scrub Club Records, an open source record label which makes all of its music available as a free download from its Web  site. It specializes in nerdcore, i.e., rap music aimed at nerds. I had a lot of questions, and they were very open and helpful in answering them. 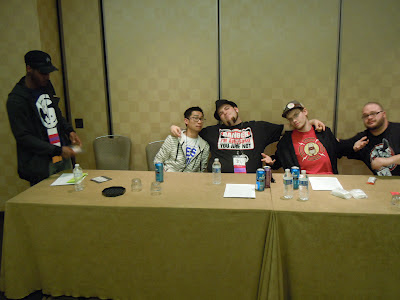 From left are Scrub Club artists Soup or Villains (the first two gentlemen, including the one who is standing), King Pheenix, Starf and Mad Hatter. 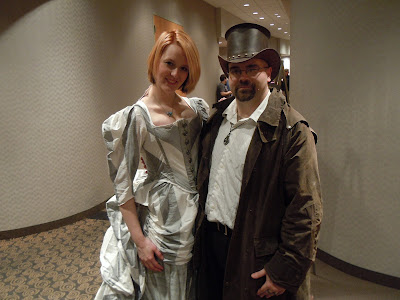 Email ThisBlogThis!Share to TwitterShare to FacebookShare to Pinterest
Labels: Penguicon