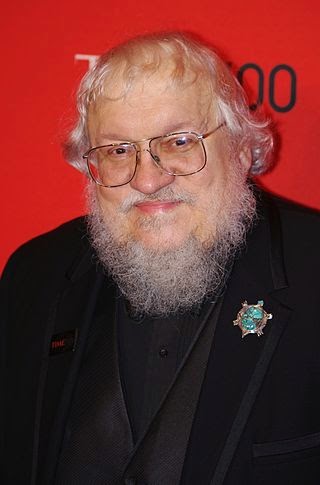 The Hugo Awards controversy I wrote about a few days ago continues, and while I stand by my opinion that the vote stacking is unfortunate and has damaged the awards, there are people on both sides who manage to look bad. There's a lot of smearing and loose talk going around.

The leftist meme that everyone involved in the Sad Puppies effort is a white male Nazi apparently is not faring well. Entertainment Weekly was forced to run this incredible correction:

“CORRECTION: After misinterpreting reports in other news publications, EW published an unfair and inaccurate depiction of the Sad Puppies voting slate, which does, in fact, include many women and writers of color. As Sad Puppies’ Brad Torgerson explained to EW, the slate includes both women and non-caucasian writers, including Rajnar Vajra, Larry Correia, Annie Bellet, Kary English, Toni Weisskopf, Ann Sowards, Megan Gray, Sheila Gilbert, Jennifer Brozek, Cedar Sanderson, and Amanda Green. This story has been updated to more accurately reflect this. EW regrets the error.”—Entertainment Weekly, April 6

Writing from the right, Robert Tracinski writes about "How to fight back in the culture war," and makes a point that's illustrated by the Entertainment Weekly correction: "By now, we know the basic ingredients of a typical skirmish in Culture War 4.0. It goes something like this: a) a leftist claque starts loudly pushing the 'correct' Culture War position onto b) a field previously considered fun, innocuous, apolitical, purely personal, or recreational, and c) accusing anyone who opposes them of being a racist, sexist, bigot who relies on oppressive 'privilege' to push everyone else down, while these claims are d) backed up by a biased press that swallows the line of attack uncritically and repeats it."

But on the other hand, the left has plenty of ammunition when it sticks to the truth.  It is apparently impossible to exaggerate just  how odious Vox Day is, and what an embarrassment he is to the "Sad Pupplies" movement. Yesterday, I noticed a Tweet by Roz Kaveney: "Theodore Beale (Vox Day) has stated that Anders Brevik will one day be regarded as a hero."

It turns out that's not an exaggeration, or taking Day out of context, or any other excuse one can come up with. Here is the actual post from Day's blog, "Breivik sets the political trend," and here's a sample sentence from the post: "As I said not long after the shootings, I will not be in the least bit surprised if Anders Breivik is one day regarded as a national hero in Norway, much like George Washington and William Tell, two men who also offered murderous resistance to their own governments."

Referring to Day, Tracinski writes, "And it also appears that the proprietor of the competing slate, Rabid Puppies, has said a few genuinely objectionable things." If there were a Hugo Award for making the understatement of the year, I'd say Tracinski deserves at least to be a finalist. (Day apparently has made all kinds of terrible statements; it's not like I'm picking on him for having a bad day.)

George R.R. Martin has weighed in to criticize the puppies.

File 770 continues to scrupulously report on all points of view in the controversy and has lots of interesting reading.

When all is said and done, I have to agree with Connie Willis, who has announced she won't be a Hugo presenter this year: “You may have been able to cheat your way onto the ballot. (And don’t talk to me about how this isn’t against the rules–doing anything except nominating the works you personally liked best is cheating in my book.) You may even be able to bully and intimidate people into voting for you. But you can’t make me hand you the Hugo and say 'Congratulations,' just as if you’d actually won it. And you can’t make me appear onstage and tell jokes and act like this year’s Hugo ceremony is business as usual and what you’ve done is okay. I’m not going to help you get away with this. I love the Hugo Awards too much.”

Thanks for this post. I must admit I don't understand the situation. Can you recommend a brief summary? I've looked at number of the links you've provided, but I get lost. If I find some spare time I will read more from the links you have already provided. It sure takes me back to read the expression "SMOF" (Secret Masters of Fandom) in George R. R. Martin's post. I attended the World Con's in 1978, 1981, 1983, and 1993. They sure played a large part in my life, as did the Hugo Awards. After I got heavily into Bob Wilson's writing, I moved away from the SF community, but it struck me after a few years that fandom seems in one way like the IRA which has the motto "Once in, never out". Although I don't read much SF any more, my love of SF has marked me so that I never feel quite like an insider in academia.

I went back and read the whole io9 piece, and I think I understand the basics of the controversy now. Thanks for sharing this.

I remember after the Hugo Awards Banquet in 1983 Charles Platt hosted a "What's Wrong with the Hugos" panel. One person there said he always voted for any woman who got nominated. I also remember the 1981 World Con. Thomas Disch had just written an article denouncing the "Labor Day Bowling Team" of writers like George R. R. Martin and Ed Bryant who supposedly just wrote stories to make money and win awards. George and Ed wore bowling shirts throughout the convention, and Ed hosted the Hugo Banquet on roller skates wearing a pink tux.