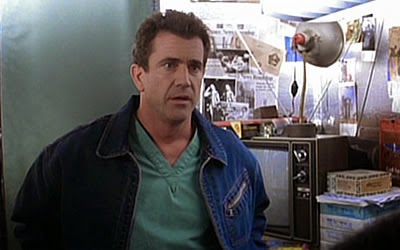 Mel Gibson in Conspiracy Theory. Ripped from the headlines — or ripped off from Adam Gorightly?

Listverse.com has an entertaining article on "10 Crazy Literary Conspiracy Theories," featuring mostly crazy and perhaps a few plausible theories about J.R.R. Tolkien, William Shakespeare, J.K. Rowling and so on. Included is the claim that Stephen King shot John Lennon, which supposedly must be true because King never sued the nutball pushing the theory. Or maybe King is smart enough to have heard of the Streisand effect.

Anyway, Discordian historian Adam Gorightly pops up in theory No. 2 ("Is The Catcher In The Rye A CIA Brainwashing Tool?"). The article's author, Nolan Moore, writes,

We recently talked about Mark David Chapman’s 1980 murder of John Lennon, but just a year later, John Hinckley Jr. tried to assassinate President Ronald Reagan. What did these two guys have in common? They were both fans of The Catcher in the Rye. Remember, Chapman was so obsessed with the book that after he killed Lennon, he started reading the novel right there on the street, just a few feet away from the rocker’s body.

Were these the actions of your everyday assassin? Or were Chapman and Hinckley both brainwashed CIA stooges? Conspiracy theorists suggest that Salinger was a CIA operative, and that his book is a “mechanism of control.” In an article submitted to Paranoia Magazine, Adam Gorightly theorized that the novel is “a triggering device, which sets off a post-hypnotic suggestion, much like the queen of hearts in Richard Condon’s Manchurian Candidate, unleashing within its mind-controlled subjects the command to kill.” So basically, once the sleeper agent pages through Catcher, he’s activated to kill a prearranged target like a musician or a president. So is The Catcher in the Rye a threat to celebrities everywhere, or is the whole theory phony?

But wait, there's more! Adam thinks that Mel Gibson stole his idea for the movie Conspiracy Theory.  (Despite what the article I linked to implies, Adam never filed a lawsuit in the matter.) By the way, should I watch this movie?