Adam Gorightly on the Pentagon levitation and Illuminatus! 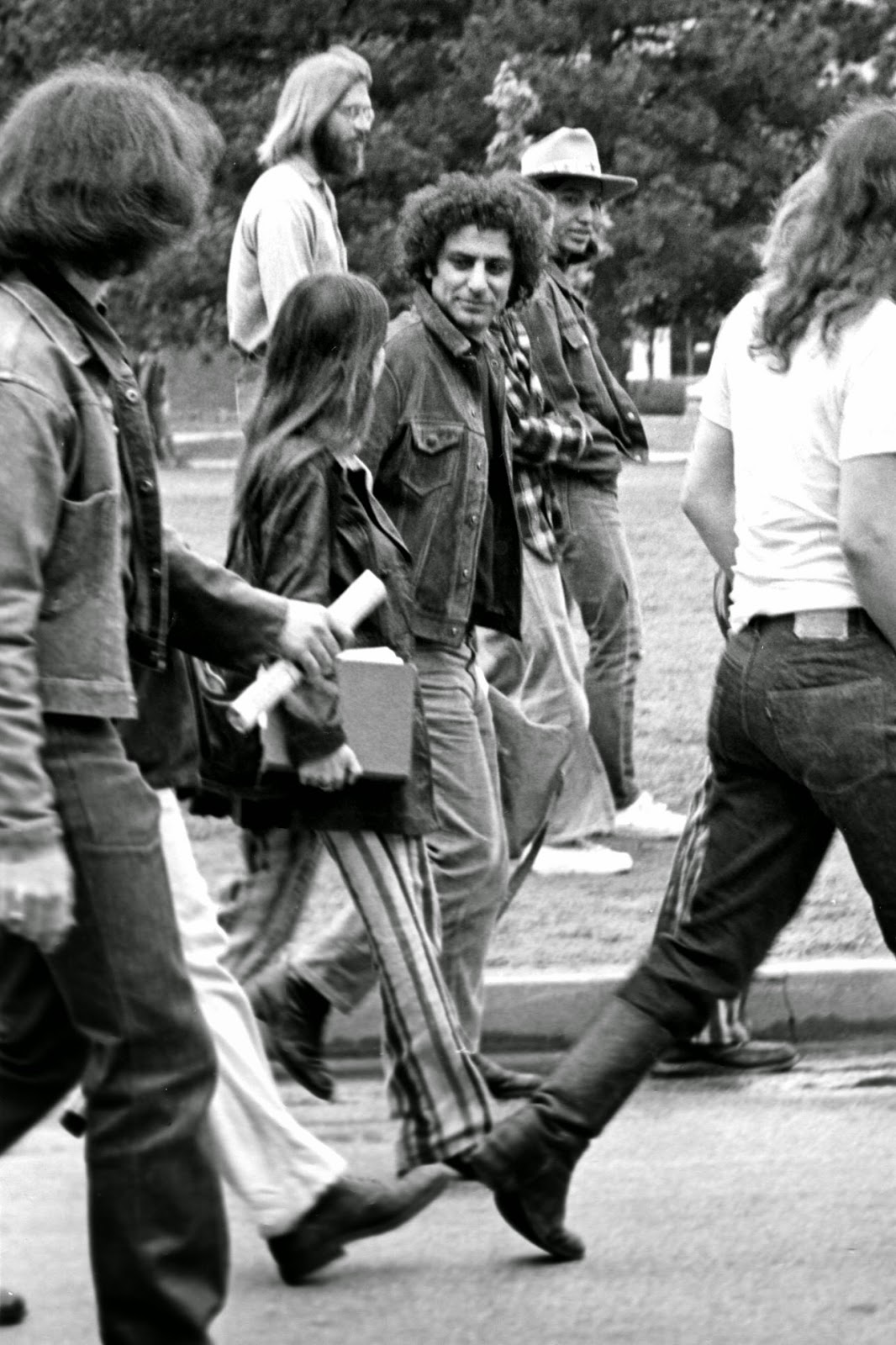 One of the most rewarding outcomes of the long Illuminatus! read-along have been the contributions of "crackpot historian" Adam Gorightly, who it turns out is not a crackpot after all but an energetic historian and collector  of all things offbeat.

He has helped the Illuminatus! online reading group with a series of blog posts exploring the Discordian background of many passages, and now has weighed in with "Week 59 of Illuminatus! Group Reading: The Pentagon (Part 00001)," which discusses the counterculture movement's attempt to levitate the Pentagon during an antiwar demonstration and explores the Yippees' use of the eye in the pyramid motif.

On his way out, Abbie [Hoffman] made a formal request for a permit for the proposed Pentagon levitation, which—according to Abbie—would lift the building 300 feet. In response, the military actually granted this surreal permit request with the following stipulations: Abbie and his hairy freaks would only be authorized to elevate the Pentagon a mere three feet off the ground (so as not to damage the foundation!) and that the protesters could not surround the Pentagon, but only gather in front of the building.

Adam's new piece and all of his other contributions to the discussion have been archived here.

It was to be an "exorcism" of the Pentagon: "The idea had originated with Allen Cohen, editor of the San Francisco Oracle, and painter Michael Bowen, after they read _The City In History_, by Lewis Mumford about the Pentagon being a baroque symbol of evil and oppression. When LSD became illegal, the psychedelic Oracle became politicized, and the radical Berkeley Barb began to treat the drug subculture as fellow outlaws. So now there was to be an event in the nation's capitol that would publicly cross-fertilize political protestors with hippie mystics. The plan was simple - to defy the law of gravity. It was decided to hold a special ceremony which would levitate the Pentagon a hundred feet. We applied for a permit, then told the press that the government would allow us to raise the Pentagon no more than _three_ feet off the ground, and the press accurately reported the quote."
-Confession of a Raving Unconfined Nut_,p.152, older edition

Andrea Juno: Can you describe the event wne people tried to levitate the Pentagon?

Timothy Leary: I was never involved in mass meetings like that, although I think they were useful in the sense of a demographic show of strength. [...] I respect and honour that aspect the big mobilizations. But basically I thought it was silly to try to levitate the Pentagon. I remember we didn't go; I think we had something going on at Millbrook. I thought they were positive, but I was never involved in them. There were many groups zooming around the country in those days: the Psychedelic Rangers, the Diggers from San Francisco, and Emmett Grogan, who was a mischievous, and somewhat hard-minded prankster. There were a lot of pranks going on. Ken Kesey is, of course, the number-one prankster.
-_Chaos and Cyberculture_, p.163