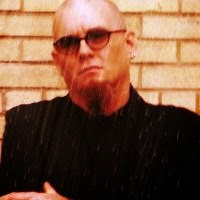 A couple of different writers take on the "Social Justice Warrior" phenomena on the Internet, the folks who oppose bashing people along the lines of crude categories (unless they are the wrong category of people, of course.)

Thomas L. Knapp, in a discussion a recent libertarian kerfuffle, writes about a woman who criticized Ron Paul,

I understand that she's paid a personal price in terms of being dogged by Paul cultists right up to the point of deleting her social media accounts, etc. I don't like identity politics and such very much. I don't consider myself a "Social Justice Warrior" whatever that is (it's something I see "right libertarians" and conservatives posing as libertarians throw out as snark quite a bit). But even I can't help but notice how much meaner these allegedly "equal opportunity assholes" tend to get when it's a woman they're picking on (perhaps they worry slightly less that a female victim will forsake the non-aggression principle and break someone's nose by way of imparting a much-needed lesson in basic manners).

They tell me that if I say online that I want POC and LGBTQ to feel comfortable in our space or think that offering to rape is not a reasonable form of discourse, I am a "Social Justice Warrior." It seems obvious to me that I do not have the Warrior nature, so I am glad that someone has suggested other character classifications. I have decided that I am a Social Justice Rogue, although I suppose I could fill in as a Social Justice Cleric or Social Justice Bard.

Arthur's zine is available by email; his blog includes contact information. Back issues of the zine are available here.

Thanks for the mention.

For one thing, I consider the whole idea of "social justice" pretty sketchy. "Justice" seems to me to be a pretty unitary concept. Breaking out a whole large category as "another kind of justice" implies that that separate category doesn't conform to the essentials of the larger concept. That, in turn, strikes me as having a sort of scammy feel. Sort of like if I took some old Wal-Mart sneakers, drew a swoosh on them, and tried to sell them as "Social Nikes."

But that's as much as I'm prepared to say on the matter at the moment. I'm probably going to do some intensive research on the two concepts and write a really boring essay on how they differ and why the "social" version is a counterfeit (if that's what I conclude, of course -- maybe I've got it all wrong).