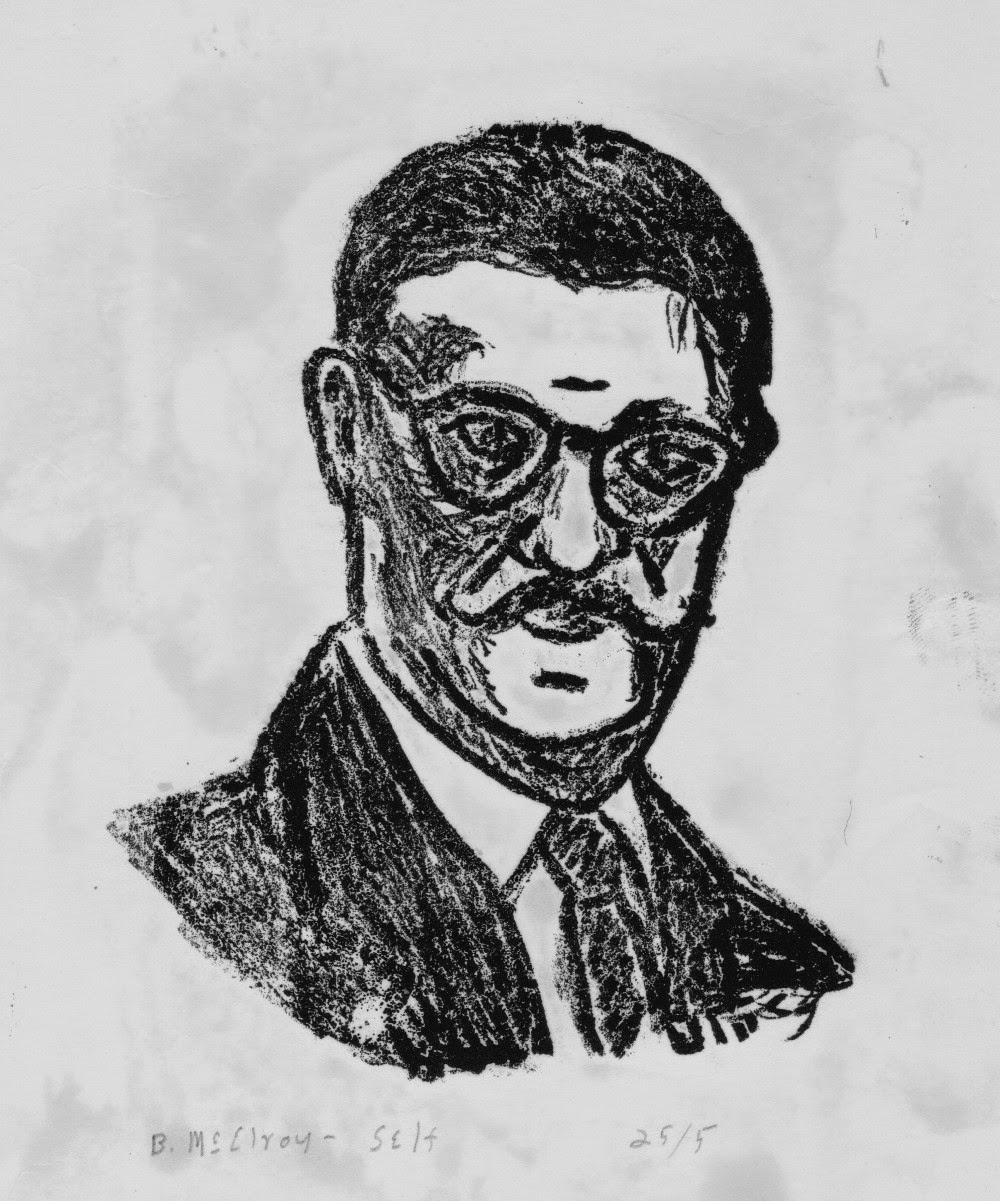 This is an alleged self portrait of Bob McElroy. Reprinted from Historia Discordia.

Leviathan opens with a bit of Discordian prose about playing the game of Sink, which consists of sinking objects in bodies of water. Players are asked to name what they have sunk, as in, "I sank Columbus, Ohio."

But Discordian historian Adam Gorightly, K.S.C., digs deeper in his new blog post, revealing in his discussion of Week 53 of the Iluminatus! online reading group that the author of Sink was better known as Dr. Mungojerry Grindlebone and that his "real name" was Bob McElroy.   (Mungo Jerry was a British rock band which took its name from a T.S. Eliot poem.  Confusingly, Mungo is the name of the founder of the Grindlebone Theatre, but this guy's "real name" is Don Elwell. I guess it's just one of those "coincidences.")

Reaching into his cornucopia of Discordian documents, Adam discusses other contributions to Discordian literature by Mr. McElroy and quotes from an advertisement for the Discordian Society which McElroy published in a counterculture newspaper. "The DS is the hottest item to hit the holy market since Islam," the advertisement assures readers.
on February 27, 2015

Then there's one of the great names in baseball history: