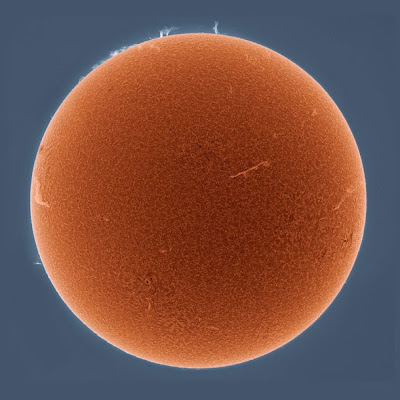 Here is one of my favorite Robert Anton Wilson quotes: "It is a great privilege to be conscious in this universe. Those who understand shine like stars."

In fact, let's pull back and give the quote context by giving the full Q and A from the New Libertarian Notes interview with RAW, one of my favorite interviews:

CRNLA: Do you feel frustration living in the "real" world? After reading Illuminatus it's a downer to get back to reality -- even my usual escapist literature is depressing. How do you feel about that?

RAW: Every nervous system creates its own "reality," minute by minute -- or, in the language of Don Juan Matus, we live inside a "bubble" of neural abstractions which we identify with reality. In metaprogramming systems like Tibetan Tantra, Crowleyanity, or Leary's Exo-Psychology, you can make this neurological fact into conscious experience, and you will never be bored or depressed again. Just reading the scientific evidence that this is true, in social psychology or general semantics or neurology or whatever, will not liberate you; one needs actual re-training, in Tantra or Crowley or Leary, to experience what I'm talking about here. It is a great privilege to be conscious in this universe. Those who understand, shine like stars.

We may "shine like stars' metaphorically, but we also are made of material manufactured inside of stars; we are "star stuff," as scientists have tried to tell us. Here's a 1973 quote from Carl Sagan:

Our Sun is a second- or third-generation star. All of the rocky and metallic material we stand on, the iron in our blood, the calcium in our teeth, the carbon in our genes were produced billions of years ago in the interior of a red giant star. We are made of star-stuff.

This blog post traces the same thought back to earlier incarnations.

It's a pretty good-looking universe, too, as Phil Platt reminds us in the latest installment of his "Bad Astronomy" column at Slate, "The Best Astronomy and Space Pictures of 2013." The photograph of one particular shining star posted at the top of this post, of Sol, is taken from a similar posting in 2010.

Great post. I do become depressed or bored sometimes. I still have a way to go. Perhaps I rely on reading too much. Some critters would likely say so.

Great post. I do become depressed or bored sometimes. I still have a way to go. Perhaps I rely on reading too much. Some critters would likely say so.

We are stardust ;)
http://www.youtube.com/watch?v=XgrtszTBAZY
More and more people know that.

What does Wilson might mean by Exo-Psychology metaprogramming system?

Thanks @Eric. I have to read Info-Psychology. So far I red Wilson's Prometheus Rising, Quantum Psychology, Cosmic Trigger and Wilson's/Leary's Game of Life and I must say the last one is the most straightforward for me and I think too underrated nowadays.

I heard about Info-Psychology that it is very theoretical (It was written by 'Theory' Leary after all :), but I think It might be what I need now.

I think Info-Psychology works synergetically with the exercises in Prometheius Rising, Quantum Psychology and the Game of Life.