Back to Twin Peaks 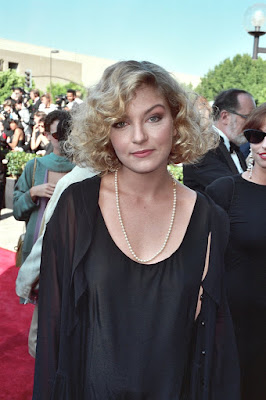 Inspired by Gregory Arnott's recent article, I have been immersing myself into Twin Peaks. I am re-watching the original series on Netflix, then I plan to rewatch the movie Fire Walk With Me, then finally I will watch the 2017 season three revival (which I have never seen.)

Gregory mentioned to me the other day that he was rewatching the third episode of the first season, and while I wouldn't expect everyone to join me in my new obsession, certainly that episode is worth your time. (It has the famous scene in which Agent Cooper meets a dwarf and a character resembling Laura Palmer in a dream. It is still an astonishing scene.)

One aspect of Twin Peaks I find striking is the large number of people associated with it who are mainly known for the show. Where would Kyle MacLachlan be without Twin Peaks? Or composer Angelo Badamenti?

I would love to do the same but where can you watch the newest season? Netflix doesn't have it yet... Maybe they will soon...

When I went to the "Just Watch" website, I couldn't find any cheap options, either. Maybe something will become available soon; if I have to, I'll just buy it.

I think Showtime and/or Hulu have season three. I suspect they both offer free trials. I got a free trial to Hulu a few years ago and watched the first few episodes of season three.

Kyle MacLachlan would probably have a certain amount of fame due to "Blue Velvet" even if he hadn't become Agent Cooper.

HE SAYS HE'S GONING TO DO A CARD TRICK!