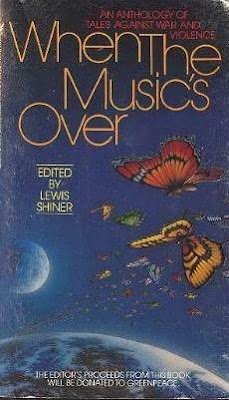 Via Bobby Campbell on Twitter, I discovered something I hadn't realized before: the bibliography section at the Robert Anton Wilson fan site  has a list, not only of RAW's books, but also of the books for which Wilson wrote an introduction, or otherwise contributed (e.g., the Lewis Shiner anthology of antiwar stories, When the Music's Over, has a rare work of Wilson short fiction, "Von Neumann's Second Catastrophe.")
on February 05, 2017

The list is missing RAW's introduction to my book, "The Prankster and the Conspiracy." Sad!

Thanks for sharing this quality information with us. I really enjoyed reading.